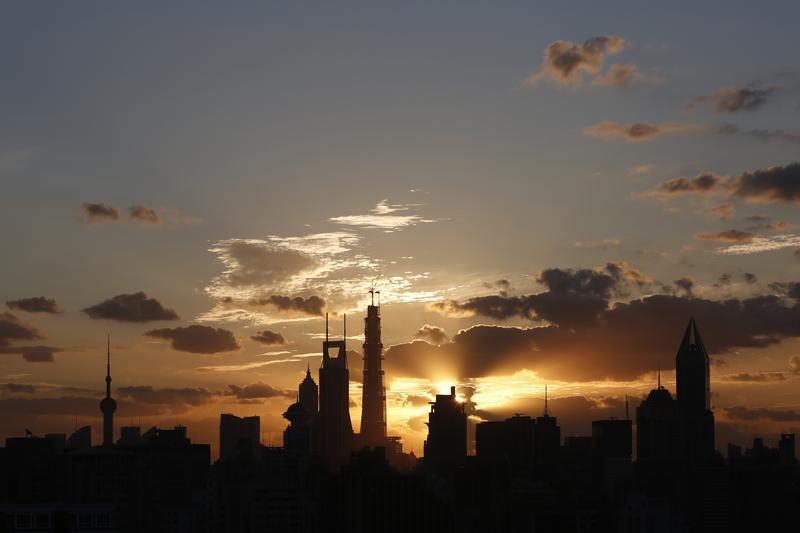 China’s largest banks are enjoying the calm before the storm. Results on Aug. 25 from China Construction Bank and Bank of Communications showed broadly stable net profits and bad-loan ratios: a pleasant surprise given the wider backdrop. This partly reflects a growing gulf in asset quality between large banks and their smaller peers. The giants are probably also putting off recognising bad debts. China’s Big Five – Industrial and Commercial Bank of China, CCB, Bank of China, Agricultural Bank of China  and BoCom – take fewer risks than the rest of the sector and can lend to bigger, safer clients. Investment bank North Square Blue Oak says although the ratio of non-performing loans (NPLs) to overall lending at the Big Five edged down quarter on quarter, they rose at other banks. With punier deposit bases and weaker clients, smaller lenders have resorted to selling high-yielding, short-term products to bolster profits.

CCB and BoCom, respectively China’s second-largest and fifth-largest banks, reported NPL ratios of 1.63 percent and 1.54 percent in the first half of 2016, little changed from a year earlier. Encouragingly, too, neither institution is eating into funds reserved to cover bad loans in order to pump up profits. CCB’s loan-loss coverage ratio edged up in the first half.

The achievements are less than they seem, however. Both lenders kept the NPL ratio stable by lending more, even as bad loans grew substantially. Advancing more credit into a slowing economy is storing up trouble for the future. NPLs at CCB rose 10 percent year on year, while slightly less troubled “special mention loans” rose 13 percent, indicating more problems ahead. The lenders are probably also relying on another tried-and-tested method: rolling over bad debt rather than recognising it. That too, will come back to bite them.

Analysts estimate the true level of bad debts at the Big Five is closer to 5 percent of all loans, while the International Monetary Fund says the whole sector’s haul might be close to 15 percent. First-half numbers are not bad, but the slowing economy means choppy waters lie ahead.

Meanwhile, Bank of Communications reported a 0.9 percent rise in profit to 38 billion yuan, as margins were squeezed. Net interest margin stood at 1.97 percent, down 30 basis points from a year earlier.

Meanwhile, Bank of Communications reported a 0.9 percent rise in profit to 38 billion yuan, as margins were squeezed. Net interest margin stood at 1.97 percent, down 30 basis points from a year earlier.