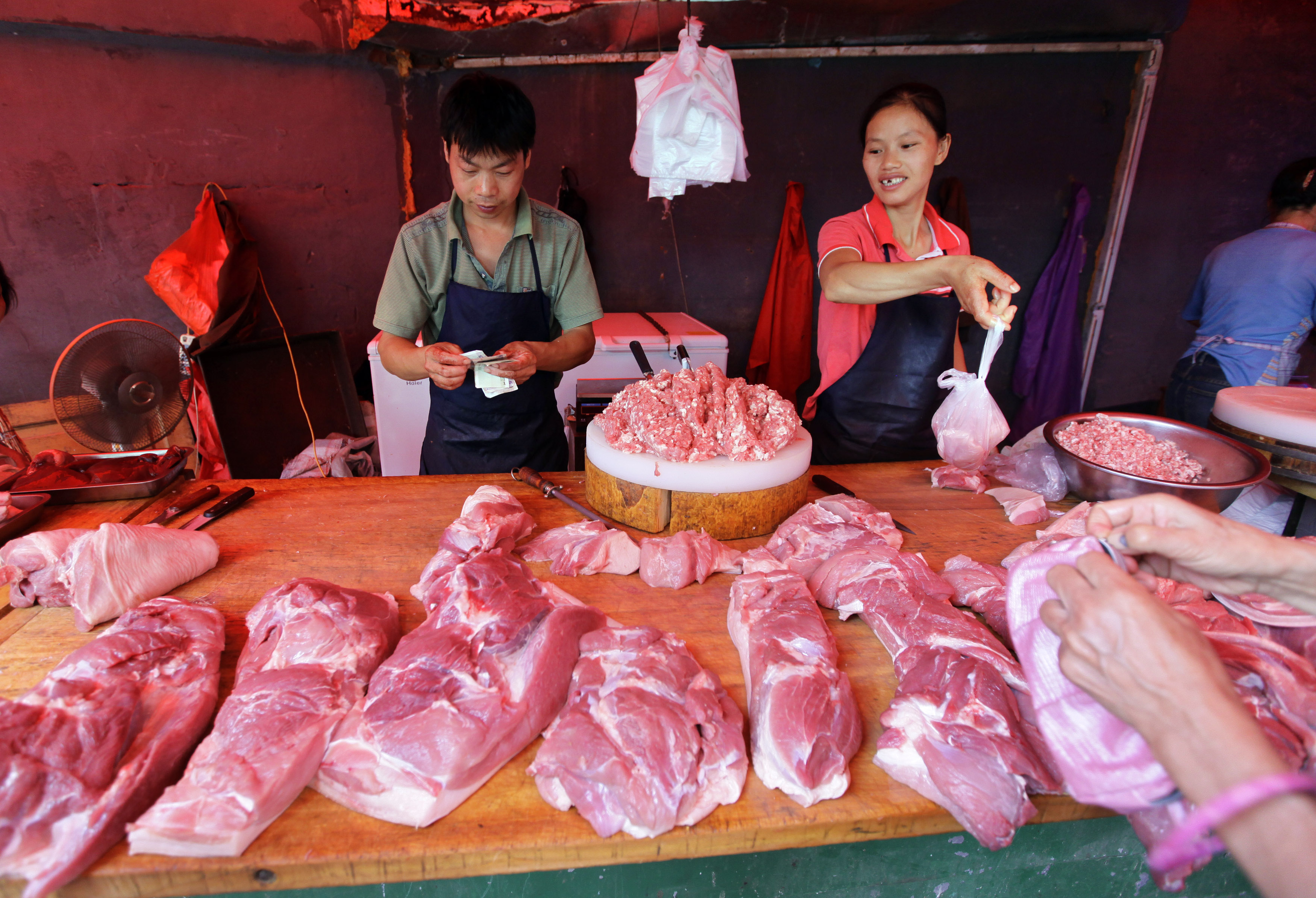 Pig processor WH Group is hoping to raise as much as $7.1 billion in Hong Kong. But the range is huge: the maximum share price is 41 percent above the minimum. It suggests the group’s private equity backers, its 29 banks, and public investors may struggle to agree on a valuation.

Vendors sell pork to customers at a market in central Beijing

WH Group, the world’s largest pork processor, will sell new and existing shares in an upcoming initial public offering in Hong Kong which could raise as much as $7.1 billion.

The Chinese company will sell at least 3.65 billion shares, according to a term sheet seen by Reuters Breakingviews. Of these, 80 percent will be new shares, while 20 percent will be offered by existing shareholders.

The terms of the IPO include a typical provision that allows the sellers to expand the offering to 4.2 billion offering. Separately, it also includes an “upsize offering” which would expand the number of shares sold to 4.93 billion. In both cases, the additional shares offer would be sold by existing investors.

The shares will be priced in a range between HK$8 and HK$11.25 per share. That values the company at between $15.3 billion and $21.2 billion, according to a person familiar with the deal.

Last year, WH Group acquired U.S. pork producer Smithfield for $7.1 billion, including $2.4 billion of net debt. The price paid was equivalent to a 31 percent premium to the market value of the company prior to the deal’s announcement.

WH Group had bank balances and cash of $419 million and total borrowings of $7.48 billion as of February 28.

The company owns 73.3 percent of Shuanghui Development, its A-listed subsidiary on the mainland.