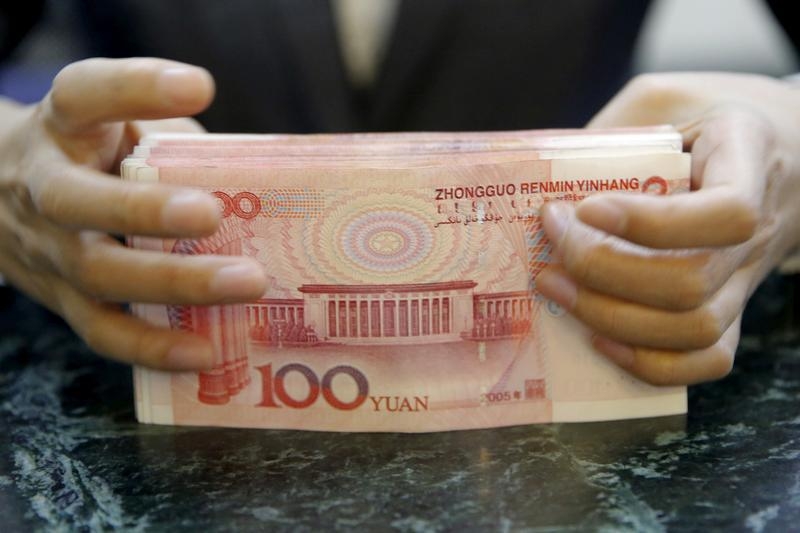 Investors are confronting the Chinese province of Liaoning over the latest default by Dongbei, a troubled steelmaker. With defaults by state-backed firms escalating, expect more bitter rows like this – especially if debt holders can successfully take on Liaoning in court.

A clerk of ICBC bank counts Chinese one hundred Yuan Banknotes as she poses for camera during a photo opportunity at its branch in Beijing, China, April 13, 2016. REUTERS/Kim Kyung-Hoon/File Photo - RTX2ICW5

Dongbei Special Steel Group, an unlisted Chinese steelmaker whose first debt default helped spark a bond market sell-off in April, said on July 19 it was unable to make payment on another bond.

It announced the default on an 870 million yuan ($130 million) two-year private placement note, which matured July 18, on the website of China's interbank market operator.

Investors holding around 2.2 billion yuan of Dongbei debt accused the Liaoning provincial government and the local State-owned Assets Supervision and Administration Commission of dereliction of duty in dealing with Dongbei's defaults, according to a statement obtained by Thomson Reuters IFR.

Bondholders want regulators to temporarily bar Liaoning and the enterprises it owns in the rustbelt northeast from issuing new debt, the statement said.

The investors have also sought the help of lead underwriter China Development Bank. In a statement, CDB said it had relayed their concerns to regulators and urged the Liaoning government to respond to creditors in a timely fashion, but had no power to prevent the provincial government from accessing debt markets.