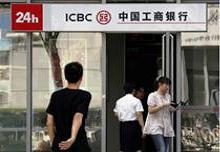 China’s indentured banks are at a turning point. For six decades, the government has treated them as tools of the state: dictating when to lend, and when to stop. The trick is becoming less effective, even as it may be getting more necessary.

When the economy slumped in 2008, banks were part of the solution. They leveraged up the government’s 1.6 trillion yuan fiscal stimulus, mainly by offering loans to local government and large industrial companies. Bank credit added 4.2 trillion yuan to the economy in 2008, and twice that in 2009 – the equivalent of 29 percent of GDP.

Now the economy is slowing again. Industrial earnings fell 5.4 percent in July, year on year. Rail cargo, a good indicator of activity, has shrunk for two months in a row. But some things are different. Though big lenders are liquid and bad debts are low, some are showing signs of deterioration. China Construction Bank’s overdue loans in the export-rich Yangtze River Delta doubled in the first six months of 2012. Agricultural Bank saw its overall pile of loans overdue by less than a year increase by 39 percent.

This time it would be hard for banks to pull out the stops. Smaller banks have hit their lending limits, set at 75 percent of their deposit base. In July they lent an alarmingly small 7 billion yuan of medium-to-long term loans, the kind most likely to go into real investment. To get around these limits, many have issued off-balance sheet loans, some disguised as “wealth management products”, of which there are 10 trillion yuan outstanding, according to Fitch Ratings.

The government could help by reducing the amount banks have to keep on reserve with the central bank. It could, at a push, lift the 75 percent lending cap. But the relationship between these blunt instruments and money growth is complicated. The risk is that the sheer scale of off balance sheet activity means banks might just use higher lending limits to move existing loans back onto the balance sheet.

A more dramatic approach would be to set the banks free by reducing government influence and allowing them to lend and borrow on commercial terms. Of course, that raises the risk that lenders could take far bigger risks – or hold back until the economy picks up.

That leaves a third option: bind the banks tighter. Ten years ago the state bought lashings of bad loans from burdened banks. It has room to do that again, giving them carte blanche to lend again, possibly in return for bigger equity stakes. That would stunt the banks’ development, and deal a big blow to investors’ confidence. But if the economy slows further, a return to enforced infancy may be the best tool policymakers have.

Industrial and Commercial Bank of China, the world’s biggest lender by market capitalisation, reported 123 billion of earnings for the first half of 2012, a 13 percent increase on the same period in 2011. Loans increased 8 percent over the six months, while deposits grew 7 percent. ICBC’s share of non-performing loans was 0.9 percent, but loans overdue by fewer than 90 days increased by 60 percent to 80 billion yuan.

Customers walk in and out of a branch of the Industrial and Commercial Bank of China (ICBC) in central Beijing August 26, 2010. REUTERS/David Gray

Industrial and Commercial Bank of China, the world’s biggest lender by market capitalisation, reported 123 billion of earnings for the first half of 2012, a 13 percent increase on the same period in 2011. Loans increased 8 percent over the six months, while deposits grew 7 percent. ICBC’s share of non-performing loans was 0.9 percent, but loans overdue by fewer than 90 days increased by 60 percent to 80 billion yuan.