From grey to red 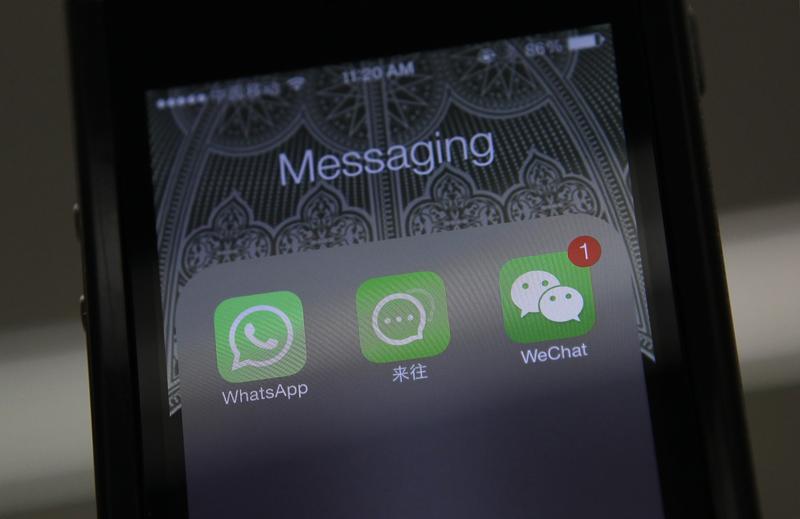 The central bank has unexpectedly halted a mobile payment system used by the tech giant, knocking its shares 4 pct. Tencent’s soaring market value suggests investors have been more focused on growth potential than regulatory risks. The episode is a much needed wake-up call.

Icons of messaging applications WhatsApp of Facebook (L), Laiwang of Alibaba Group (C) and WeChat, or Weixin, of Tencent Group, are seen on the screen of a smart phone on this photo illustration taken in Beijing February 24, 2014.

The suspension comes after China CITIC Bank announced on March 11 that it would launch a digital credit card with social media and gaming group Tencent. The digital card, capped at 5,000 yuan ($814), would enable users to make payment transactions on Tencent’s mobile chat app, WeChat, or pay at designated physical retail stores and some vending machines by scanning a WeChat QR code.

CITIC also announced on March 11 that the bank would partner with e-commerce group Alibaba to launch digital credit cards that can be used offline by scanning QR codes.

Both Tencent and Alibaba have confirmed to Reuters that they had received an official notice about the suspension. China CITIC Bank told Reuters it had not received any official documents.

Shares of Hong Kong-listed Tencent fell as much as 7 percent on the news of the QR code payment suspension, before closing at HK$564, down 4 percent. Shares of China CITIC Bank slid 8 percent before being suspended.