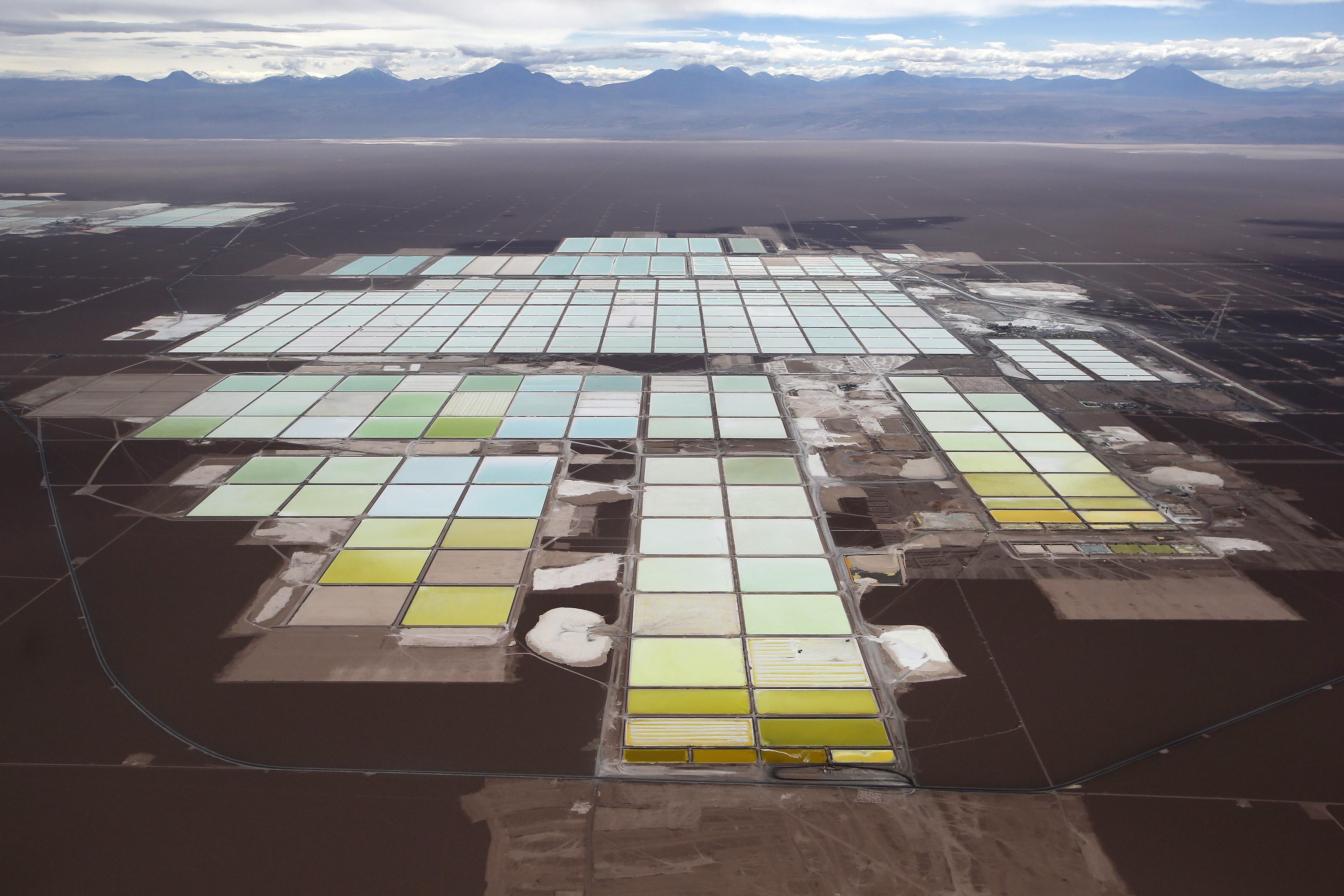 Tianqi Lithium is set to buy a stake in the $14.9 bln SQM. That suggests worries about excessive Beijing control over the key battery ingredient’s supply have eased. Still, the People’s Republic would raise its share of output, hampering resource-rich nations’ scope to push back.

An aerial view shows the brine pools and processing areas of the Soquimich (SQM) lithium mine on the Atacama salt flat, the world's second largest salt flat and the largest lithium deposit currently in production, with over a quarter of the world's known reserves, in the Atacama desert of northern Chile, January 10, 2013. SQM fertilizer company has fired its chief executive after it became embroiled in an election campaign financing scandal that has rocked the Chilean establishment, tainting business leaders and politicians with close links to the 1973-1990 dictatorship of Augusto Pinochet. Picture taken January 10, 2013. REUTERS/Ivan Alvarado (CHILE - Tags: SOCIETY BUSINESS ENVIRONMENT POLITICS) - GM1EB3I04EU01

Chengdu-based Tianqi Lithium is nearing a deal to buy a 24 percent stake in Chile’s Sociedad Quimica y Minera (SQM) for about $4.3 billion, Reuters reported on May 16, citing sources.

It would buy the shares from Canadian fertilizer company Nutrien, formed by the merger of Agrium and Potash Corp of Saskatchewan.

Chile’s former government in March asked antitrust regulator FNE to block the stake sale to Chinese firms, saying it would give China an unfair advantage in securing strategic resources. FNE has until August to decide whether to launch an investigation.

Lithium is a key ingredient in rechargeable batteries used in mobile phones, electric cars and electricity grids. Rising demand has pushed lithium prices up to more than triple the levels of early 2015, when the boom began.

More than 76 percent of global production in 2017 came from Australia and Chile. Santiago sees lithium as a future export option, to diversify away from copper.

The “lithium triangle”, which includes Argentina, Bolivia and Chile, accounts for more than half of global resources. These are brine resources, meaning production is often slower but less expensive than from hard rock mined elsewhere, including in Australia and China.