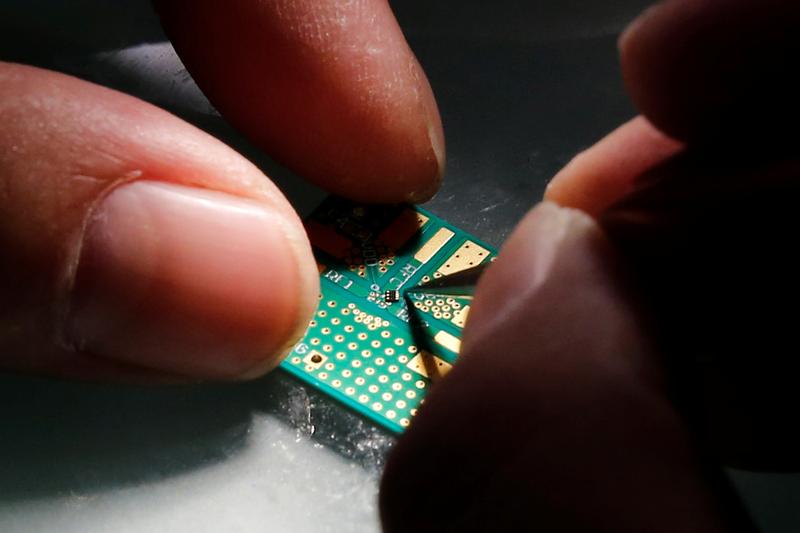 The $13 bln SMIC received a $2 bln boost from state funds ahead of a debut on Shanghai’s new STAR board. The firepower reinforces Beijing’s push for tech self-sufficiency. SMIC’s Cayman Islands structure will also test new listing rules that overseas-listed peers could use.

A researcher plants a semiconductor on an interface board during a research work to design and develop a semiconductor product at Tsinghua Unigroup research centre in Beijing, China, February 29, 2016. REUTERS/Kim Kyung-Hoon

China's Semiconductor Manufacturing International Corp (SMIC) on May 15 announced a $2.3 billion investment into a chip-making subsidiary from four state-backed funds.

As part of the deal, SMIC's stake will decrease from 50.1% to 38.5%. The unit, SMSC, plans to increase its manufacturing capacity from 6,000 wafers a month to 35,000 wafers a month after the investment. It will continue to be a subsidiary of SMIC.

Separately, SMIC is planning an initial public offering on Shanghai's Sci-Tech Board, or STAR board.

The Hong Kong-listed company will issue 1.7 billion A-shares, equivalent to 25% of its enlarged share capital. Based on its stock's last closing price on May 5, when it first announced the plans, SMIC may raise $3.3 billion.

The deal will be the first so-called red chip, mainland companies domiciled overseas, to list on mainland markets after regulators in April lowered the market capitalisation minimum for technology companies to 20 billion yuan ($2.82 billion) from the earlier 200 billion yuan threshold.