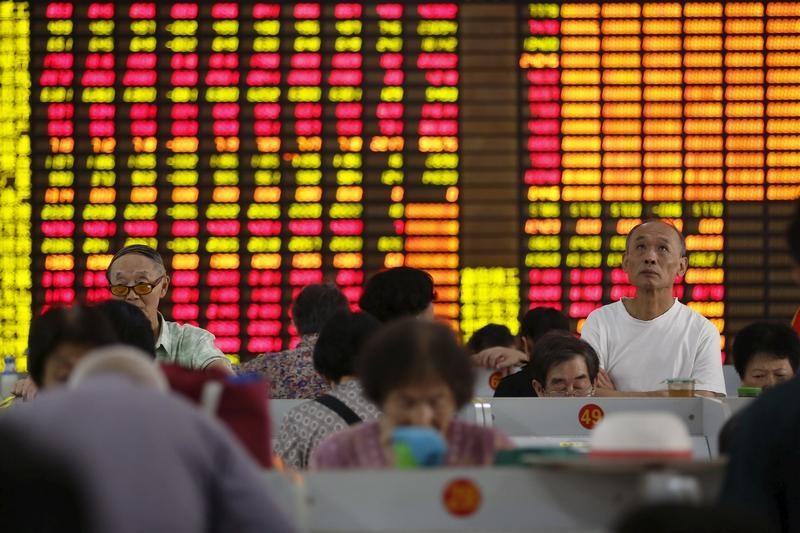 The yuan might be going back in time, regardless of China’s remonstrations to the contrary. It’s already about halfway there. A weak economy and faltering prices hold enough hints that Beijing may not mind if the currency loses another 5 percent of its value against the U.S. dollar.

That’s not how the People’s Bank of China wants the world to interpret the decline. Even after guiding the yuan almost 4 percent lower over three straight days, the central bank maintains that it’s merely tweaking the exchange rate to better reflect demand and supply.

There are at least two reasons to take that claim with a pinch of salt. First, after enthusiastically hawking its currency for international use, it would be hard for the authorities to admit they are devaluing it. Second, and more importantly, China’s interest in a weaker yuan is evident.

Due to anaemic global trade, Chinese output prices are rising less quickly than the prices of more domestically oriented U.S. production. Without any intervention from policymakers, disinflation could turn to outright deflation this year. Given China’s huge debt overhang, allowing prices and wages to fall would be a huge mistake.

Hence the need to turn the clock back to 2011, when the loss of competitiveness first became a problem. During that year, the currency appreciated by 14 percent in real terms. Reversing half of that gain would require a 7 percent depreciation from the end-2011 exchange rate of 6.294. That implies a target of 6.75 yuan to the U.S. dollar – equivalent to a slide of more than 5 percent from current levels.

Though such a devaluation might benefit local exporters, it would make life harder for Chinese companies saddled with about $963 billion in cross-border bank loans, not to mention a sizeable chunk of dollar-denominated bonds. But the rest of the world would face an even bigger headache. Shrinking discretionary spending in China would leave it once again relying on the U.S. consumer. Considering that Beijing is willing to run this risk suggests pervasive weakness in the economy. The authorities’ assertions of stability look as hollow as their claims of benign intent in the currency market.

China’s yuan was trading at 6.4102 against the U.S. dollar on the morning of Aug. 13, slightly weaker than its previous close, after the People’s Bank of China set its daily reference rate lower for the third straight day.

The PBOC announced a rate of 6.4010 to the dollar, extending the decline in the official value of the yuan over the week to about 4.7 percent.

Investors look at computer screens showing stock information at a brokerage in Shanghai, China, August 13, 2015. China's yuan opened slightly weaker on Thursday but the gap between the guidance rate and the traded rate closed sharply as the central bank tried to slow a sharp selloff that saw the currency lose around 4 percent in just two days. REUTERS/Aly Song

China’s yuan was trading at 6.4102 against the U.S. dollar on the morning of Aug. 13, slightly weaker than its previous close, after the People’s Bank of China set its daily reference rate lower for the third straight day.

The PBOC announced a rate of 6.4010 to the dollar, extending the decline in the official value of the yuan over the week to about 4.7 percent.