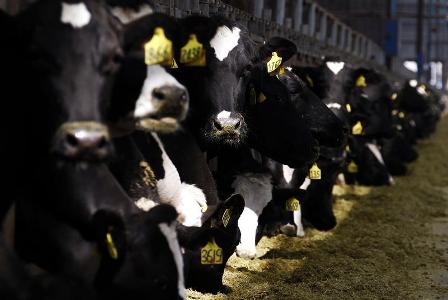 Foamy figures about the popularity of drinking milk in China have lifted share prices of domestic milk producers and fuelled one of the biggest mainland initial public offerings of the year, Huishan Dairy’s $1.3 billion debut last week. China’s market potential is large, but the rate of growth may be leaner than advertised by milk industry bulls.

China’s dairy sector is booming almost five years after a powdered milk scandal gutted stock prices. Shares in milk producer Yili Group rose by 60 percent over the summer. Rival Bright Dairy & Food is up almost 65 percent. The gains reflect investor excitement that some $32 billion of yoghurt, infant formula and drinks will be sold this year, according to Euromonitor estimates, and rising.

But while economic growth means customers have more money, there is no accounting for taste. Dairy plays almost no role in traditional Chinese cuisine. Huishan cites low per capita milk-drinking relative to the United States as a target for growth potential. Yet just because Americans drink more milk (roughly 5 times more in 2012) does not mean Chinese consumers will.

Sales growth in dairy products is expected to slow, from 11 percent this year to 7 percent in 2014, according to Euromonitor. True, some products, like powdered milk formula, are growing faster and capturing higher valuations as a result. For instance, market leader Yili trades at 32 times earnings, up from 25 times in 2012. Demand for formula is also fuelling deals like KKR’s plan to build farms with China Modern Dairy.

Still, investors should be wary. China’s stated plan to favor champions in the formula sector, perhaps not surprising after the scandals a few years ago, could distort the market. Even without the heavy hand of the state involved, assuming high growth from every Chinese dairy will inevitably lead to spoilt shareholder dreams.

Cows are seen at a barn on the 35-hectare farm managed by New Zealand dairy export giant Fonterra Co-operative Group in Hangu County, near the city of Tangshan, around 250km (155 miles) east of Beijing March 15, 2012. REUTERS/David Gray

Shares in China’s largest integrated dairy firm Huishan Dairy started trading on Sept. 27. The company raised $1.3 billion, but shares opened 5 percent below the offer price. The stock recovered Oct. 3, surging 7.9 percent after the company was listed on FTSE’s All-World, All-Emerging and FTSE China (Hong Kong-listed) indices.
Roughly 16 kg of milk was consumed per capita in China in 2012, versus 65 kg a year in the European Union and 82 kg in the United States, according to Huishan’s IPO prospectus. The company forecast that China’s milk products market would reach 542.4 billion yuan ($88.7 billion) in 2017.
Private equity group KKR said on Sept. 24 it plans a joint venture with China Modern Dairy to invest $140 million in two 10,000-cow dairy farms, helping to meet rising Chinese demand for premium raw milk such as that used to make infant formula.
China’s government is seeking to consolidate the $12.4 billion milk formula sector over the next five years from roughly 200 to 50 firms, a state-run newspaper reported in August. According to the official China Business Journal, this would involve giving $4.9 billion in state aid to five of the largest powder makers including Inner Mongolia Yili Industrial Group, China Mengniu Dairy, Feihe International, Heilongjiang Wondersun Dairy and Treasure of Plateau. China expects its top 10 dairy companies to account for 80 percent of the domestic market by 2018.