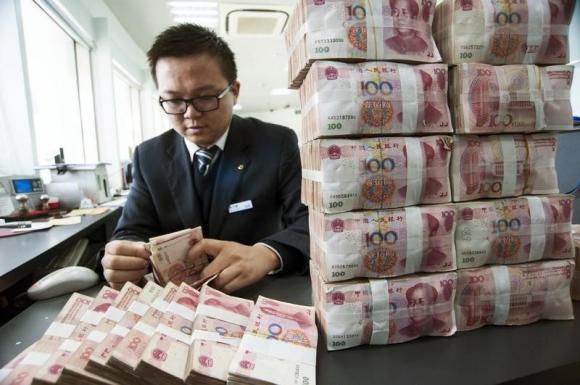 China’s debt burden is only going to get bigger. Total borrowing has grown rapidly to reach about 250 percent of GDP last year, raising concerns about runaway credit. But pressure to meet unrealistic economic growth targets will delay any sustained effort to bring debt back down.

The government’s latest five-year plan highlights the dilemma. Prime Minister Li Keqiang pledged that the world’s second-largest economy will expand by at least 6.5 percent a year, in real terms, until 2020. Meanwhile, planners expect total “social financing” – a broad measure of private sector credit – to grow by 13 percent in 2016 alone. So even if inflation reaches the optimistic target of 3 percent, debt will outstrip nominal GDP. Extend those trends, and borrowing will hit about 290 percent of annual output by 2020.

Central bank Governor Zhou Xiaochuan has expressed concerns about rising corporate debt levels but there’s little sign that China is reining in credit. Banks extended new loans worth 3.5 trillion yuan ($540 billion) in the first two months of 2016, a third more than in the same period of last year. Meanwhile, Chinese companies are using domestic debt to help finance an overseas M&A binge which totals nearly $100 billion this year, according to ThomsonOne. Though a healthier stock market would allow corporations to deleverage by issuing more equity, the collapse of last year’s bubble has made investors understandably skittish.

The government could perhaps take on a greater burden: official borrowing was about 44 percent of GDP last year, according to Breakingviews calculations based on data from the Bank for International Settlements. That’s well below the level in developed countries. However, this excludes borrowing by state-owned entities and local governments. Moody’s puts these contingent liabilities at between 50 and 70 percent of GDP.

That leaves consumers, whose borrowings are just 39 percent of GDP. So households have plenty of scope to load up on mortgages and credit cards. A consumer credit boom might help deliver growth targets while also shifting the economy towards greater consumption. Whoever does the borrowing, however, debt levels will keep rising. As in the rest of the world, deleveraging will have to wait.

China’s central bank governor on March 20 warned that corporate lending as a share of GDP was on the high side.

Speaking at the China Development Forum, Zhou Xiaochuan said that high levels of debt were a function of China’s high savings rate, which was 46 percent of GDP last year.

China’s central bank governor on March 20 warned that corporate lending as a share of GDP was on the high side.

Speaking at the China Development Forum, Zhou Xiaochuan said that high levels of debt were a function of China’s high savings rate, which was 46 percent of GDP last year.