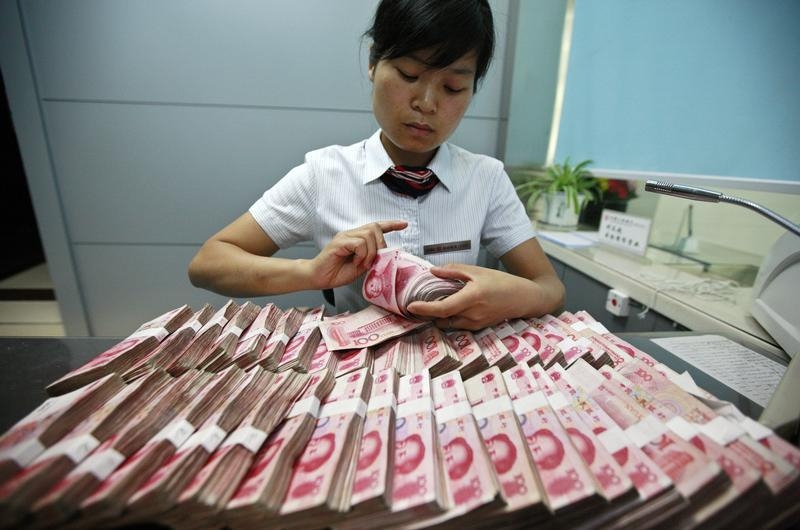 Market purists get nervous about the idea of governments guaranteeing deposits in the event of a bank failure. They worry that savers will become too trusting, and that lenders will take greater risks. In China, where the central bank on Nov. 30 unveiled proposals for deposit insurance after 21 years of talk, the reverse is true. Savers already trust too much. The proposed reform is more like an anti-guarantee.

The Chinese government started discussing a scheme to protect household deposits as early as 1993. In 2004, the central bank set up a department to handle its introduction. Why has it taken so long? One reason is powerful state-owned banks, who are the obvious losers from a levy that will be introduced to fund the insurance scheme. Their opposition isn’t entirely irrational. Being big and government-backed, they’re already the least likely to fail.

A bigger reason for caution is that deposit insurance in China could be seen as a negative signal. It would challenge the prevailing belief that the state backs everything. The collapse of Hainan Development Bank in 1998 was a rare exception to the received wisdom that all Chinese banks are too big to fail. Rich clients would probably move savings above the insured threshold into the biggest banks, leaving smaller lenders short of funding.

The insurance scheme probably won’t raise enough to get the government off the hook. If the state charges banks an annual levy of 0.02 percent of their insured deposits, an institution like Agricultural Bank of China would pay 1.5 billion yuan a year, less than one percent of its annual earnings. Even after a decade, the scheme would only have raised enough to cover half of the individual deposits at, say, Huaxia Bank, a smaller lender which faced a crisis of confidence in 2012 after a wealth product it sold failed to pay out on time.

After years of moral hazard, China’s savers probably care little about formal promises. They already treat wealth products sold by banks as being as good as deposits, even though they are explicitly not guaranteed. Regulators have yet to prove customers wrong. That’s why allowing institutions to fail will be the next and more important challenge. Insuring savings is useful, but only once it is put to the test.

This view was updated on Dec. 1 following the publication of details of the scheme.

A bank clerk counts Chinese yuan banknotes at a branch of Industrial and Commercial Bank of China in Huaibei, Anhui province June 8, 2012. REUTERS/Stringer

China’s central bank unveiled proposals for a bank deposit insurance scheme on Nov. 30. The plan would cover savings of all domestic deposit-taking institutions, but not foreign banks established in the country, or the overseas branches of Chinese banks.

A plan to guarantee savings has been publicly discussed since at least 1993, when the State Council proposed establishing a deposit insurance fund.

The banking system held 112 trillion yuan ($18.2 trillion) of deposits at the end of October, of which 50 trillion yuan consisted of household savings.