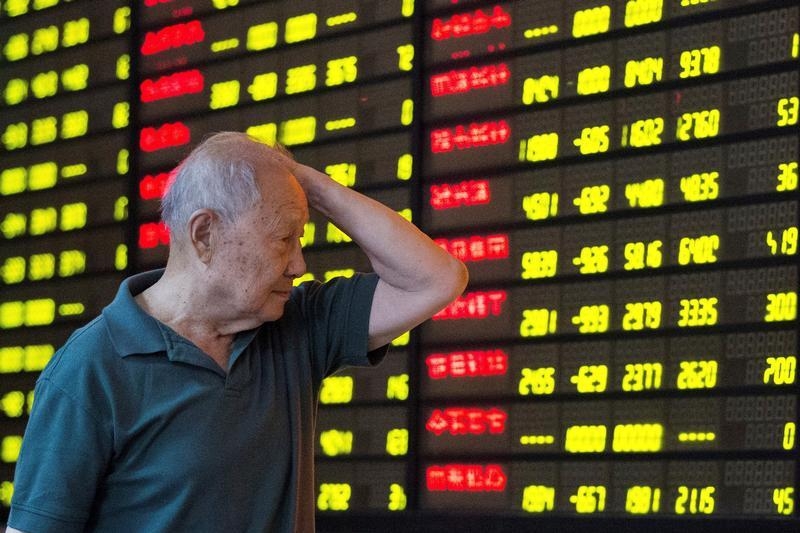 An investor looks at an electronic board showing stock information at a brokerage house in Nanjing, Jiangsu province, July 27, 2016. China Daily/via REUTERS ATTENTION EDITORS - THIS IMAGE WAS PROVIDED BY A THIRD PARTY. EDITORIAL USE ONLY. CHINA OUT. NO COMMERCIAL OR EDITORIAL SALES IN CHINA. - RTSJUJG

Potential moves include temporarily withdrawing the licences of brokerages that have helped companies to list with fraudulent information in their IPO prospectuses, Caixin said. A recent inspection by the CSRC found that almost a third of IPO prospectuses contained accounting problems or misleading information, the report added.

In January the regulator ruled that companies sponsoring IPOs must make it clear in the prospectus that investors can seek compensation immediately from sponsors if they suffer losses due to false or misleading information in the offering materials.

The CSRC has offered no further details about the implementation of the January rule.

There is a backlog of over 700 companies waiting to IPO on the A-share market, Reuters reported.