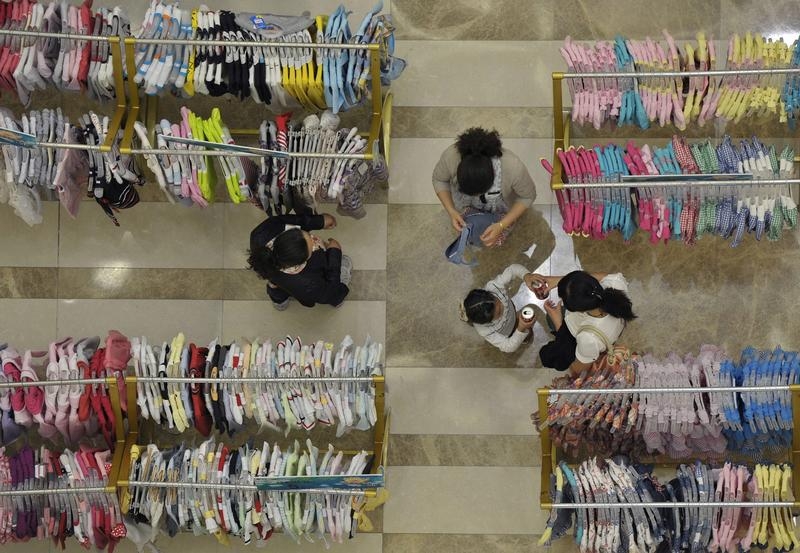 Times are tough for Chinese shopping malls. Some stores have closed as customers move online. Such pressure won’t stop. If internet shopping keeps growing at its current pace, a quarter of the Middle Kingdom’s retail sales could online by 2020. Yet there’s still a place for well-planned plazas.

China’s e-commerce explosion has been unkind to old-fashioned retailers. Online markets like Alibaba’s Taobao have given consumers easier access to unbranded fashion and electronics while making pricing more transparent. Sales in chain stores grew 9.9 percent last year – the slowest rate since 1998, according to Chinese state media. Department stores, which focus on fashion, are also feeling the pinch as customers swap browsing racks for the precision of searching the web.

As online sales expand, the pressure will only intensify. Total retail sales in China last year were 23.4 trillion yuan ($3.78 trillion). Although online shopping was only 8 percent of that figure, it grew by 30 percent – more than double the rate of total retail, according to Nielsen. That’s already more than in the United States, where roughly 6 percent of all retail transactions go via the web. Assuming total retail grows by 10 percent annually and online sales keep expanding at their current rate, Chinese e-commerce will make up over a quarter of the total by 2020.

Yet the growing spending power of Chinese consumers means the country still has room for shopping centres. Urban households with disposable income over $16,000 will expand by 18 percent yearly between 2012 and 2022, according to McKinsey.

Developers are still opening lots of new gallerias in China. The rate of growth in new malls by area is expected to peak at 31 per cent this year, according to Jones Lang LaSalle, yet the real estate group still expects the number of square metres devoted to shopping centres to expand by 18 percent in 2016.

Malls with good locations and branded stores should still be able to draw a following. But to stay relevant, they’ll need more offline-only attractions such as swanky restaurants or basement aquariums. Online retailing will make some shopping centres unviable. Those that survive will need to meet a higher standard.

Total sales of consumer goods in the People’s Republic reached 23.4 trillion yuan last year according to the National Bureau of Statistics of China, up about 13 percent since 2012.

Moody’s said on June 12 that competition from e-commerce was hurting the sales of Chinese department stores as the ratings agency lowered its sales growth projections for operators Maoye International and Parkson Retail Group.