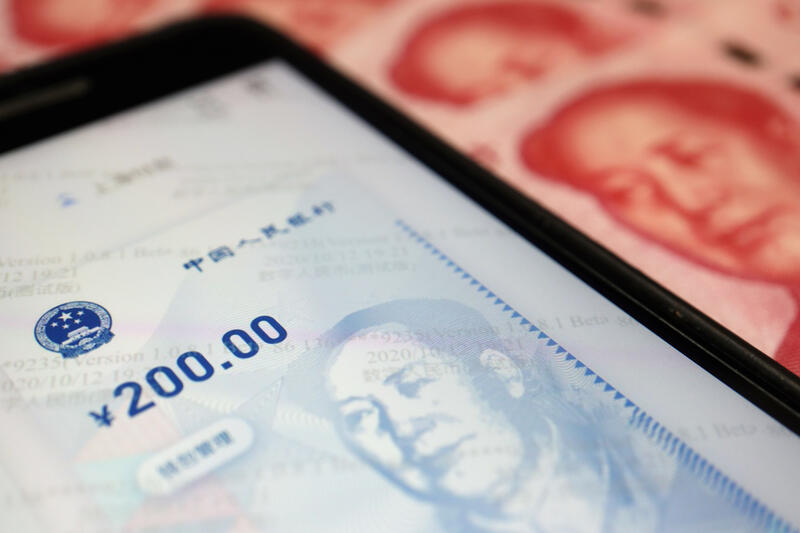 Chinese stimulus is due a high-tech upgrade. Transactions using the central bank’s digital currency have topped $300 million as the government steps up trials across the country. Virtual money that’s traceable is showing promise in getting consumers to spend rather than hoard. That might spur Beijing to use cash handouts and provide a much-needed boost to consumption.

Governments in South Korea, Japan and elsewhere have had mixed success with cash handouts. Households tend to save, not shop, during economic downturns. In the People’s Republic, there is also an added risk that fiscal stimulus will fuel hot inflows into already-frothy stocks and property. Though policymakers have experimented with discount vouchers and spending coupons with varying success, the focus is still on boosting infrastructure and other investment.

A digital currency may be one answer. The “e-yuan”, which might eventually replace bank notes and coins, has been in the works for years, but the People’s Bank of China has recently started trials across 28 cities. The largest so far is in the southern metropolis of Shenzhen, where officials in October deployed $1.5 million worth of virtual coupons to 50,000 residents selected at random. The process was simple: recipients downloaded a mobile wallet to receive $30 virtually, which could be spent in designated stores across the city.

The catch is that the e-money expires after a period of time. And the underlying technology also gives the central bank unprecedented abilities to monitor spending flows. That should ease concerns that the money will simply end up in savings accounts. In Shenzhen, nearly 90% of digital vouchers were spent in shops like Walmart.

The trials come at an apt time. China’s economic recovery has been uneven: export growth hit a near two-year high of 11% in October, but restaurant sales in the first 10 months have plunged 21% from a year earlier. Demand for items like electronics, clothing, and furniture is well below five-year averages, according to S&P Global, suggesting households are holding back. For policymakers trying to balance risks and growth, a digital yuan offers a bold stimulus tool.

The People’s Bank of China completed its largest digital currency trial in Shenzhen on Oct. 18. As part of the pilot programme, 50,000 residents were randomly selected in a digital lottery to receive 200 yuan ($30) in virtual cash that could be used in more than 3,000 designated shops.

China's official app for digital yuan is seen on a mobile phone next to 100-yuan banknotes in this illustration picture taken October 16, 2020.

The People’s Bank of China completed its largest digital currency trial in Shenzhen on Oct. 18. As part of the pilot programme, 50,000 residents were randomly selected in a digital lottery to receive 200 yuan ($30) in virtual cash that could be used in more than 3,000 designated shops.