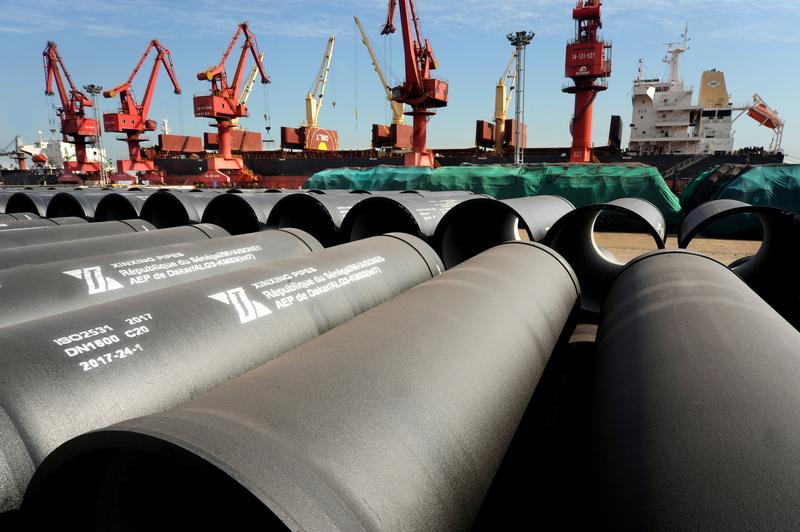 Shipments manage to keep rising despite U.S. tariffs. Many assume it’s due to “front-loading” orders to get ahead of duties, yet evidence is thin. If foreign demand has been a genuine driver up to now, Beijing will have a far easier time coping with the looming slowdown.

FILE PHOTO: Steel pipes to be exported are seen at a port in Lianyungang, Jiangsu province, China May 31, 2018.

China’s exports increased 5.4 percent in November compared to a year earlier, according to customs data released on Dec. 8. The figure was below the 10 percent rise forecast in a Reuters poll. Imports rose 3 percent, the lowest figure since late 2016.

Shipments to the United States rose 9.8 percent year-on-year, compared to a 13.2 percent rise in October. Exports to the European Union increased 6 percent compared to 14.6 percent the previous month.

China's November trade surplus with the United States was a record $35.6 billion. China's imports from the U.S. in November fell 25 percent from a year earlier.

The U.S. government agreed to postpone implementation of additional tariffs on $200 billion in Chinese goods that was supposed to come into effect in January to allow more time for negotiations.