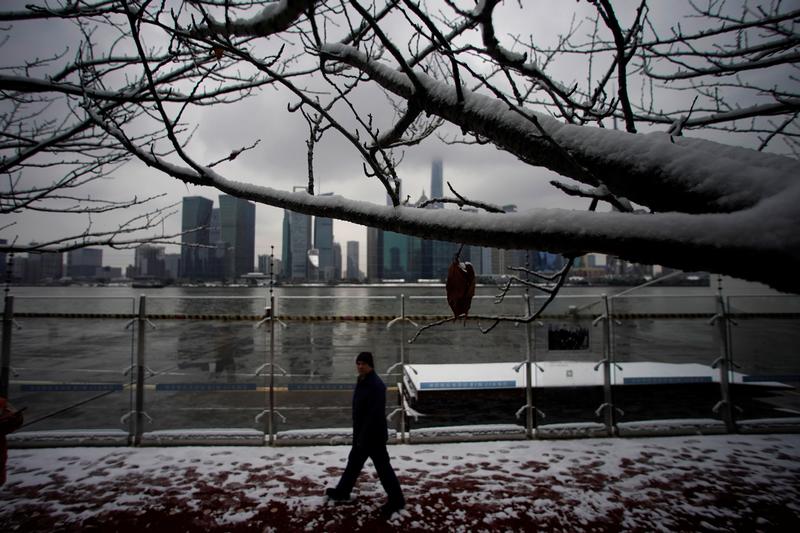 A mooted merger of the troubled insurance commission and its banking counterpart would reduce risk. Similar unions work well elsewhere. This could help pave the way for a “super-regulator”, perhaps led by bank tsar Guo Shuqing. Further judicious consolidation would be healthy.

A man walks in front of Shanghai's financial district at the Bund promenade as snow falls in Shanghai, China January 26, 2018. REUTERS/Aly Song - RC115FE317C0

China is mulling merging its banking and insurance regulators, Bloomberg News reported on Jan. 26, citing people familiar with the matter. The proposal could be made at an upcoming annual political conference in March.

The CBRC is run by Guo Shuqing, a former central banker considered a candidate to replace People's Bank of China chief Zhou Xiaochuan when he retires. The CIRC has gone without a chairman since April, when the government removed former chief Xiang Junbo for disciplinary violations.