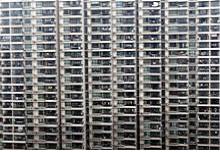 China’s house prices are too high and local tax revenue too low. What better way to address both problems than taxing capital gains on property? China’s cabinet has promised to enforce such a levy on homeowners. While that drove down the share prices of property developers, it is unlikely to do the same for real estate values.

For local governments, a 20 percent real estate gains tax – which already exists but is easily sidestepped – will be welcome. They used to make as much as 40 percent of their total income from selling land, but government curbs on property sales last year squashed total land sales by 16.7 percent. A chunky tax could pad out stretched budgets.

When it comes to pushing down prices, however, the case is less compelling. True, the problem is serious. Credit Suisse calculated last summer that while disposable income grew around eight-fold between 2007 and 2011 in Beijing and Shanghai, house prices jumped by a multiple of around 23. In second-tier cities the ratio is lower, but still worrying.

The tax may not do much to address that. In a more developed economy, a typical investor might divert cash into stocks or the bank rather than face a 20 percent tax on property gains. Yet in China’s stunted markets, neither is very attractive. Even a dampened return on real estate beats the unpredictable returns from equities. Regulated deposit rates barely beat inflation.

As for existing homeowners, a levy on capital gains risks making them even less likely to sell when prices are going up. A less liquid market is the last thing China needs. The problem isn’t that buyers are flipping houses, but that they sit on vacant properties, driving up demand for what’s left.

The key isn’t tax, but reining in money growth. Real estate prices rose for the ninth straight month in February, after a record 2.5 trillion yuan of lending gushed through the economy. A gains tax may stress out developers who rely on transaction volumes to drive revenue. But only curbing monetary excess – and giving Chinese savers more attractive places to store their cash – will bring house prices back to earth.

A view of a residential building in Shanghai June 10 2009. REUTERS/Aly Song

China’s cabinet announced a plan to strictly levy a 20 percent income tax on property gains, as part of a raft of measures designed to curb property speculation. The measures were published on March 1. The State Council also said it would increase supply of housing and land, and push for the construction of 6.3 million affordable housing units.
Shares in listed developers fell sharply on March 4. At midday China time, China Vanke and Poly Real Estate had both fallen by the maximum allowable 10 percent. China Resources Land, listed in Hong Kong, fell by 8.9 percent. The Shanghai property sub-index fell by 9 percent.
House prices in China’s 100 biggest cities rose for the ninth month in February, according to the China Real Estate System, a consultancy affiliated with property company Soufun. Prices in February were 2.5 percent higher than a year earlier, doubling January’s increase of 1.2 percent.