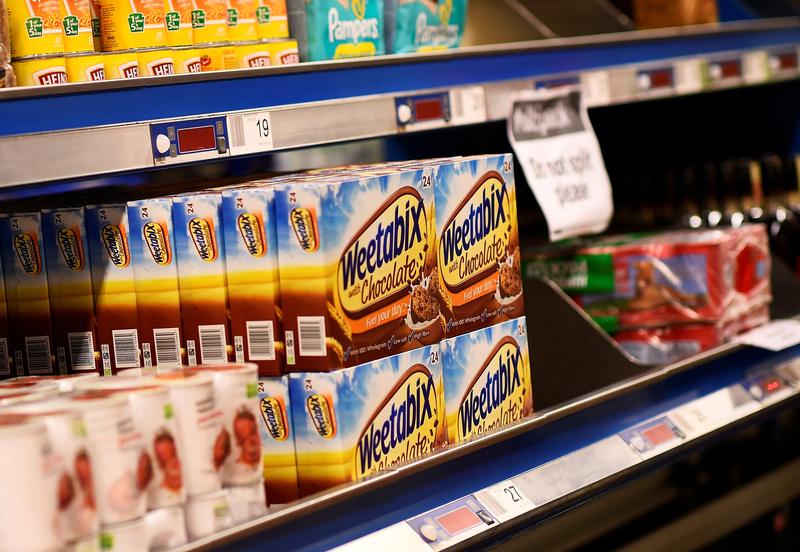 Bright Food may sell the UK cereal maker for $1.2 bln, less than when it took over in 2012. The acquisitive firm has a mixed track record but this foreign foray offers a cautionary tale; buying a business is the easy part and Western products don’t always suit Chinese tastes.

FILE PHOTO: Packets of Weetabix cereal and other food goods are seen inside the Ocado Customer Fulfilment Centre in Hatfield on the outskirts of London, Britain, April 6, 2016. REUTERS/Dylan Martinez/File Photo - RTX2VUNG

China's Bright Food has hired Goldman Sachs to sell the breakfast cereal maker Weetabix in a deal that could value the famous British brand at roughly 1 billion pounds ($1.2 billion), Reuters reported on Dec. 20, citing three sources familiar with the matter.

State-owned Bright Food agreed to buy a 60 percent stake in Weetabix in 2012 from private equity firm Lion Capital in a deal that valued the business at 1.2 billion pounds. Baring Private Equity Asia subsequently bought Lion's remaining stake in 2015.
- The business has not grown significantly since then, the sources told Reuters. The latest publicly available annual report for Latimer Acquisitions, the acquisition vehicle, shows EBITDA before exceptional items was 121 million pounds in 2015, down from 126 million pounds the previous year.

A Weetabix spokesman told Reuters the company does not comment on rumour or speculation, saying it was "business as usual". Goldman also declined to comment, while Bright Food and Baring were not immediately available outside regular business hours in Asia.