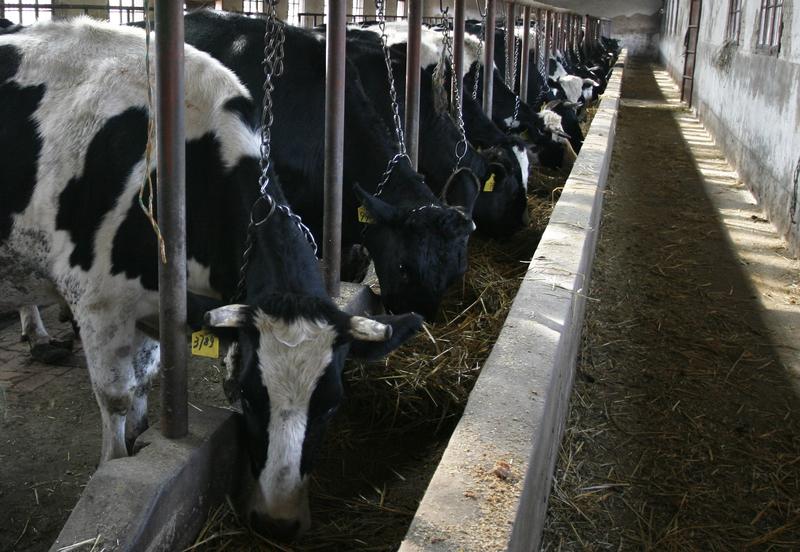 Shares in a Chinese rural bank tanked amid troubles at its dairy-making shareholder. The woes highlight the dangers of banks receiving capital injections from corporate borrowers. The interdependence can marry shaky banks to weak firms, leading to more bad debt.

Milk cows are seen at a dairy farm on the outskirts of Xining. REUTERS/Stringer (CHINA) - RTR1VLH4