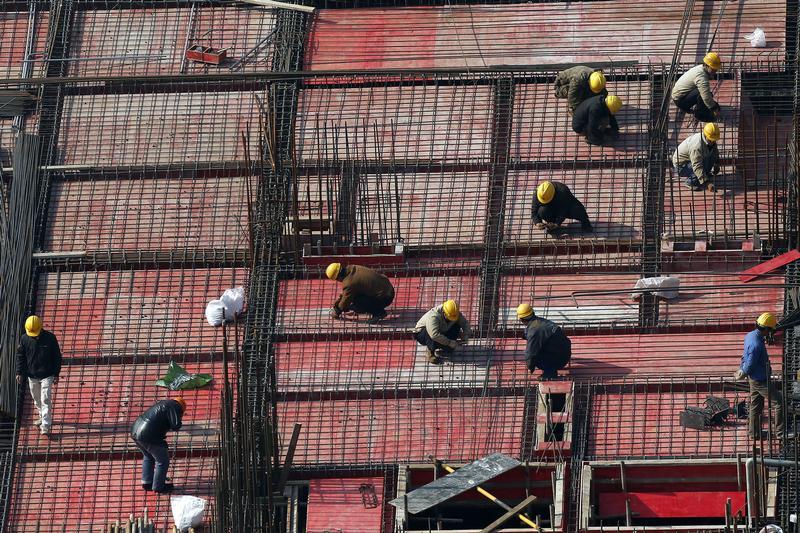 China’s GDP growth may be getting more sustainable, but it’s no more believable. The country’s 31 provinces are on course to report aggregate nominal GDP far in excess of the total central figure for 2013 – and not for the first time. Big numbers are getting less reliable, which strengthens the case for new ones.

The country’s output was 56.9 trillion yuan ($9.4 trillion) in 2013, according to the National Bureau of Statistics. By the end of Jan. 20, 24 provinces had reported nominal GDP figures totalling 52.4 trillion yuan, based on data collected by Beijing News. If the remainder followed the overall economy and grew at the same rate as 2012, their combined GDP would pip the total by 11 percent. The resulting difference is equivalent to just over 1 percent of global output.

Real growth rates are similarly cockeyed. No fewer than 26 of the 28 regional governments that had published them for 2013 surpassed the national total of 7.7 percent. It’s a familiar problem. In 2010 and 2004, every single province grew faster than the overall economy. Worryingly, the figures seem to be getting less accurate, not more. The nominal GDP gap has been widening ever since 2002 – the last time the two numbers were roughly in sync.

The discrepancy is part design and part accident. Local statistics bureaus have their own techniques and samples. Inter-province trade raises the risk of double-counting, while hard-to-measure services and consumption are particularly slippery, both at a national and local level. But regional jockeying may be a bigger factor. Local governments compete for favours and resources; officials compete with each other for promotion.

There are two possible solutions. First, find better numbers. President Xi Jinping lamented in June that GDP failed to capture many important aspects of growth, from welfare to environmental degradation. He might have added other important numbers like the run-up in corporate and local government debts. Second, give provinces something more worthwhile to jockey over. “Cleanest air” and “lowest inequality” both sound like good places to start.

Labourers work at a construction site in Shanghai, January 16, 2014.

China reported real GDP growth of 7.7 percent in 2013, the same rate of increase as the revised figure for 2012. The nominal amount reported by the National Bureau of Statistics was 56.9 trillion yuan ($9.4 trillion).

Of China’s 31 provinces, 24 had reported nominal GDP figures by Jan. 21, based on figures collected by Beijing News, totaling 5.2 trillion yuan. If the remaining provinces grew at the same rate in 2013 as they did the previous year, the aggregate total would exceed the national figure by 11 percent, according to a Breakingviews calculation.

Of the 28 provinces that had reported real growth rates, 26 were above the official national rate. The mean growth rate was 10 percent. In 2010 and 2004, every single Chinese province reported a growth rate above the national figure.