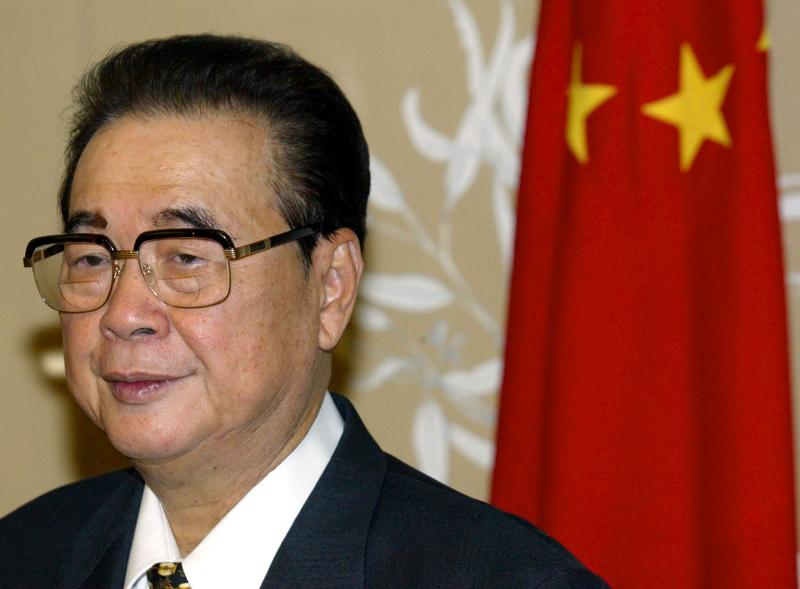 FILE PHOTO: Chairman of the National Congress of the People's Republic of China Li Peng stands next to a Chinese flag in Canberra's Parliament House in Australia September 16, 2002. REUTERS/David Gray/File Photo - RC1AC740D900

Li’s tenure spanned the Tiananmen Square protests of 1989, which ended in a violent crackdown. Most of his time as premier coincided with the rule of Jiang Zemin, who was general secretary of China’s Communist Party from 1989 to 2002.

A hydropower engineer by training, Li rose through the ranks as an energy official. He championed the Three Gorges Dam project on the Yangtze river, which broke ground in 1994 and was completed in 2006. The project involved the relocation of 1.4 million people, according to state media.