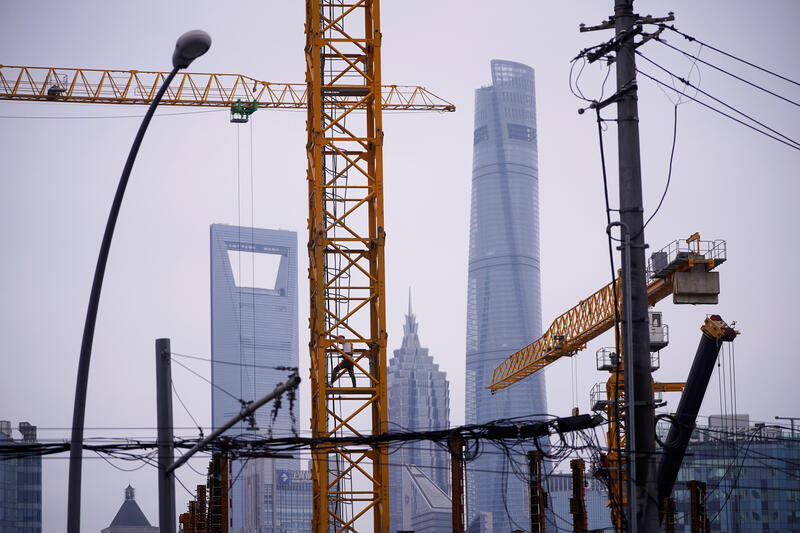 Economic activity rose 4.9% last quarter on rising exports and consumption. But with cheap credit flowing into stocks and housing, good news may prompt policymakers to tap the brakes on stimulus. That risks worsening pre-existing economic imbalances that the pandemic aggravated.

A worker is seen on a crane at a construction site in front of Lujiazui financial district, following the coronavirus disease (COVID-19) outbreak, in Shanghai, China July 16 2020. REUTERS/Aly Song - RC29UH9C3S0X

China's economic activity grew 4.9% in the third quarter from a year earlier, official data showed on Oct. 19, up from a 3.2% gain in the prior quarter.

Improved third-quarter GDP growth will create favourable conditions for the government to move its so-called “macro-leverage ratio” – a measure of credit provided to non-financial institutions” back to “a reasonable range”, Ruan Jianhong, an official with the People's Bank of China (PBOC), told a press conference on Oct. 14. She said authorities had allowed the ratio to rise temporarily due to efforts to boost credit support to the economy hit by the pandemic.