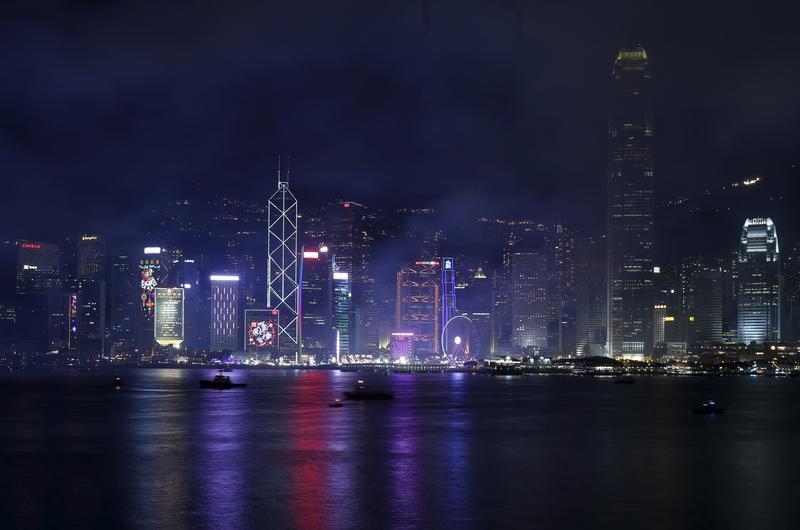 Chinese companies are snapping up Hong Kong offices like never before. The fragrant harbour offers both prestige and protection against yuan devaluation. The catch is it also boasts some of the world’s lowest rental yields.

Buyers from the People’s Republic shelled out $1.7 billion for office buildings in the first half of the year, making up 43 percent of total office deals by value in the “special administrative region”, according to Knight Frank, the estate agents. The interest also extends to residential apartments, malls, and land for development.

The appeal of having a foothold in a global financial centre is easy to understand, especially one that sits next door to the mainland. But Hong Kong is seriously pricey. Last year China Evergrande, a developer, paid a record price of more than HK$36,000 ($4,642) per square foot for the Mass Mutual Tower in Wanchai district.

Those stratospheric prices push down returns, even though Hong Kong has the world’s highest rents. Out of 54 world cities, including New York, London and Shanghai, Hong Kong had the lowest rental yields at 2.7 percent, a recent report by Savills and Australia’s Deakin University found.

There are several potential explanations for why Chinese buyers are willing to pay up. One is that they expect demand to rise further. Hong Kong is a crowded place. And mainland tenants have already flooded south, especially financial groups lured by the “stock connect” schemes linking Hong Kong, Shanghai and Shenzhen. If that rush continues, property values and rents should both rise further.

In some cases, buyers are occupying buildings themselves – like China Everbright, which recently bought a glitzy $1.3 billion block in Wanchai. Prestige and branding seem to play a role too: buyers have targeted buildings that form part of Hong Kong’s iconic skyline.

But the most important reason is probably fear that China’s currency has further to fall. Because the Hong Kong dollar is pegged to the U.S. dollar, assets in the city are effectively priced in a hard currency and should keep their value even if the yuan falls. It can be useful to have a bolthole next door.

Smoke is seen over Victoria Harbour in Hong Kong, China February 9, 2016, after a fireworks display to celebrate the Lunar New Year of the Monkey. REUTERS/Bobby Yip - RTX265FP

Chinese buyers acquired $1.68 billion of Hong Kong office property in the first half of 2016, according to figures from Knight Frank. In the biggest of these deals, China Everbright agreed to buy Dah Sing Financial Centre in the Wanchai district for $1.3 billion.

In July, Cheung Kei Group of Shenzhen agreed to buy an office tower in Hung Hom, Kowloon for $580 million, according to a statement on the company's website. The building will be renamed the Cheung Kei Centre and used as Cheung Kei's headquarters in Hong Kong, the statement said.

In August, the South China Morning Post, citing a property agent involved in the deal, said Li Ka-shing's Cheung Kong Property Holdings had put The Center on sale for HK$35 billion ($4.5 billion). The 73-storey tower in downtown Central is Li's tallest building in the city.