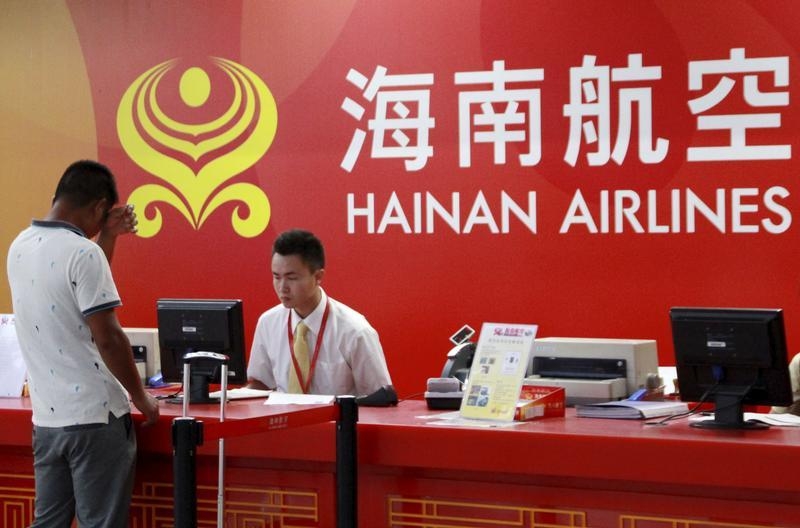 The aviation conglomerate is a notoriously flaky acquirer. Yet it has made a surprisingly sensible bid for U.S. bank CIT’s plane-leasing unit that makes financial and industrial sense for both sides. HNA’s challenge is to ensure it doesn’t flood the market with unneeded capacity.

A customer (L) stands in front of a counter of Hainan Airlines at an airport in Haikou, Hainan province, China, July 29, 2014. HNA Group, owner of Hainan Airlines, is planning the first Islamic financing deal by a mainland Chinese company, highlighting a growing push by China's private firms to find funding overseas as domestic loans remain scarce and costly. Picture taken July 29, 2014. REUTERS/Stringer CHINA OUT. NO COMMERCIAL OR EDITORIAL SALES IN CHINA - RTSF22

A subsidiary of HNA Group, a Chinese conglomerate with interests in tourism, financial services and property, is in talks to buy the aircraft leasing arm of CIT, the U.S. lender, Reuters reported on Sept. 6, citing anonymous sources. Avolon, the division holding the acquisition discussions, was recently acquired by Bohai Leasing, which is in turned owned by Haikou-based HNA.

CIT's commercial air unit is one of the world's top 10 lessors with about 330 aircraft - an attractive target particularly for Chinese firms whose enthusiasm for the $228 billion global aircraft leasing market has climbed in tandem with rapid growth in Chinese air travel.