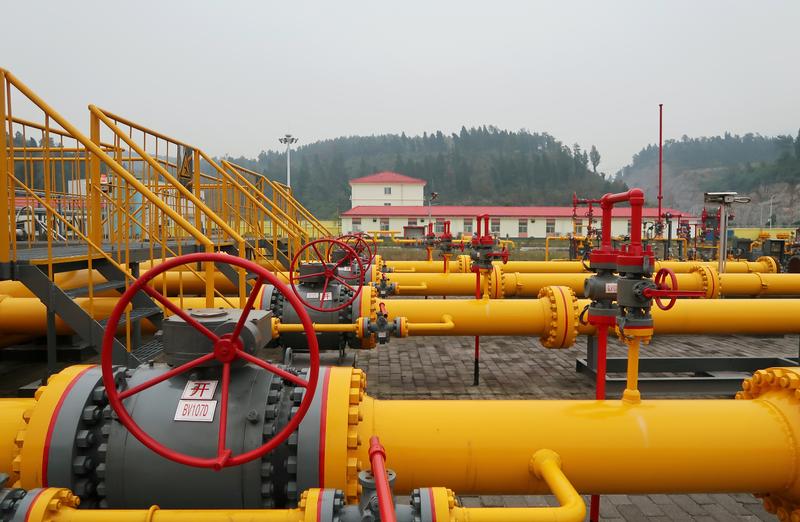 China produced 9 billion cubic metres (bcm), or 318 billion cubic feet, of shale gas in 2017 from 600 wells, six percent of the country's total gas output. Consultancy Wood Mackenzie forecast in April that production would double to 17 bcm in 2020, which will include production from another 700 wells.

This compares to 474 bcm produced in the United States last year and Beijing’s own 2020 target of 30 bcm.

Costs have dropped sharply from a decade ago. According to Wood Mackenzie, they have gone down 40 percent from 2010 levels for exploration wells, and 25 percent for commercial wells, compared to 2014.

China is shifting to cleaner gas, and away from coal. It has set a target of increasing the share of natural gas in energy consumption from 5.9 percent in 2015 to 10 percent in 2020, an average annual increase of 4.1 percent.