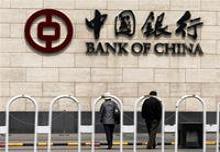 If China wants a bigger say at the IMF, boycotting the fund’s meeting in Japan is the wrong way to get it. The head of the central bank, Zhou Xiaochuan, withdrew on Oct. 10, amid a territorial dispute between the two countries. Yet the IMF is supposed to be about finance, not border politics. If China doesn’t agree, maybe it isn’t ready for a bigger role.

At best, the boycott is a missed opportunity for a country keen to increase its 3.8 percent voting stake in the fund. Zhou is a highly respected ideas man – he has pushed hard for a non-dollar denominated financial system – and the keynote lecture he was due to deliver is a potent platform for shaping the agenda. Though China’s central bank has challenges, it also has much to teach the world about macroprudential management.

True, China is not alone in mixing finance and politics: the United States remains the dominant force at the IMF, and a study in 1999 showed that countries which vote with the United States at the United Nations  were more likely to get help from the fund*. But China will get more support from other members by promoting less foreign policy intervention and setting a better example, rather than simply inserting its own agenda.

In fairness, Zhou and other top Chinese bank executives – who are also avoiding Tokyo – are in a bind. Visiting Japan would almost certainly be regarded unfavourably by the micro-blogging masses, and with a leadership change coming in November, public opinion can guide policy. China lacks a leader with enough charisma and autonomy to forge ahead and patch things up, as Deng Xiaoping did in the 1970s.

But China is attacking the wrong target. Japan has been a vigorous proponent of a greater role for Asian countries at the IMF since the 1990s, when it advocated the founding of an Asian Monetary Fund. Like China, its 6.2 percent share of the IMF votes lags its 9 percent share of world GDP. Tokyo began many of the battles Beijing is now fighting. Failure to realise that would be China’s loss.

People walk behind a fence in front of a Bank of China logo adorning the bank's headquarters in the financial district of Beijing April 8, 2010. REUTERS/David Gray

China’s central bank head Zhou Xiaochuan pulled out of a Chinese delegation to the International Monetary Fund’s semi-annual meeting in Tokyo, amid a row between Japan and China over the ownership of a group of islands in the East China Sea.
The IMF cited Zhou Xiaochuan’s schedule for his failure to attend, and said he would be replaced by deputy Yi Gang. Zhou was scheduled to give the keynote Per Jacobsson lecture, and would have been the first Chinese official to do so.
China’s four biggest commercial banks - ICBC, Bank of China, Agricultural Bank of China and China Construction Bank - would not attend the IMF meeting, Chinese state media said on Oct. 8. The previous week it was announced that ICBC, BoC and AgBank had also withdrawn from Sibos, a payments conference to be held in Osaka.