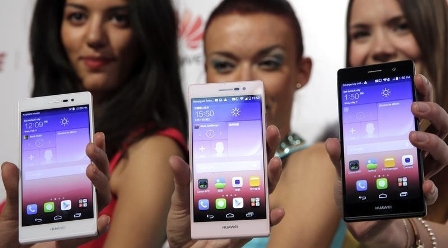 Conflict could breed creativity for China’s tech industry. New patents are being minted, but companies rarely go to court to protect them. There may be political reasons, but more discord would show Beijing is serious about enforcement, and not just against foreigners.

Hostesses hold the the Huawei's new smartphone, the Ascend P7, launched by China's Huawei Technologies during a presentation in Paris, May 7, 2014. REUTERS/Philippe Wojazer