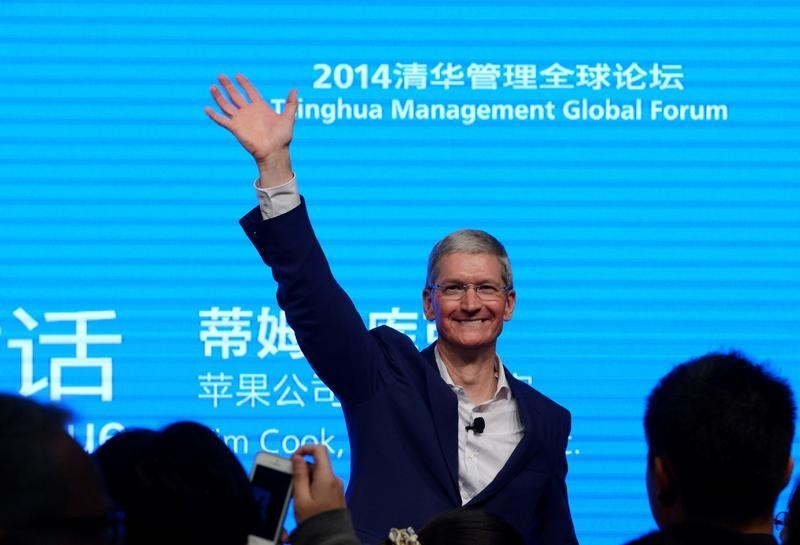 Homegrown firms have been busy building a war chest of patents. A recent ruling in Beijing against a design of Apple’s iPhone suggests local tech rivals are increasingly willing to wield them too. As competition for market share heats up in China, more skirmishes will follow.

Apple CEO Tim Cook waves as he attends a talk in Beijing October 23, 2014. China Daily/via REUTERS/File Photo ATTENTION EDITORS - THIS IMAGE WAS PROVIDED BY A THIRD PARTY. EDITORIAL USE ONLY. CHINA OUT. - RTSF5KQ

Apple said on June 18 that its iPhone 6 and 6 Plus models were still available for sale in China after Beijing’s intellectual property bureau ruled the designs had infringed a patent held by a Chinese company.

“We appealed an administrative order from a regional patent tribunal in Beijing last month and as a result the order has been stayed pending review by the Beijing IP Court,” Apple said in a statement on Friday.

The regulator said that the handsets were too similar in design to the Shenzhen Baili 100C smartphone. The bureau notice, dated May 19, banning sales of certain iPhone models was posted on a Chinese government website.

Patent litigation cases are on the rise in China. Civil cases accepted hit 11,607 last year, up from 9,648 in the previous year, according to data from CIELA, a litigation analysis service.