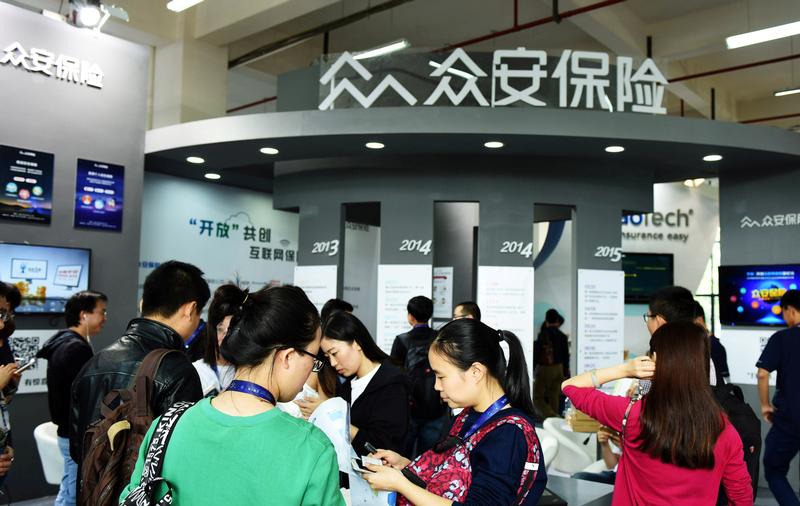 Banks underwriting Zhong An’s IPO value it at up to $12.9 bln, says IFR. The tech-style valuations assume years of fast growth for the group, founded by the chairmen of Alibaba, Ping An and Tencent. Ping An itself offers a cheaper way to play the same theme.

FILE PHOTO: People visit a booth of Zhongan during an exhibition in Hangzhou, Zhejiang province, October 14, 2015. REUTERS/Stringer/File Photo ATTENTION EDITORS - THIS IMAGE WAS PROVIDED BY A THIRD PARTY. EDITORIAL USE ONLY. CHINA OUT. NO COMMERCIAL OR EDITORIAL SALES IN CHINA - RC16E4AF0790

Zhong An raised 5.8 billion yuan, then equivalent to $931 million, in a pre-IPO financing round in June 2015, according to a stock exchange filing. The pre-IPO investors were told Zhong An was valued at 50 billion yuan in that round, after various adjustments, IFR said, citing people familiar with the situation.