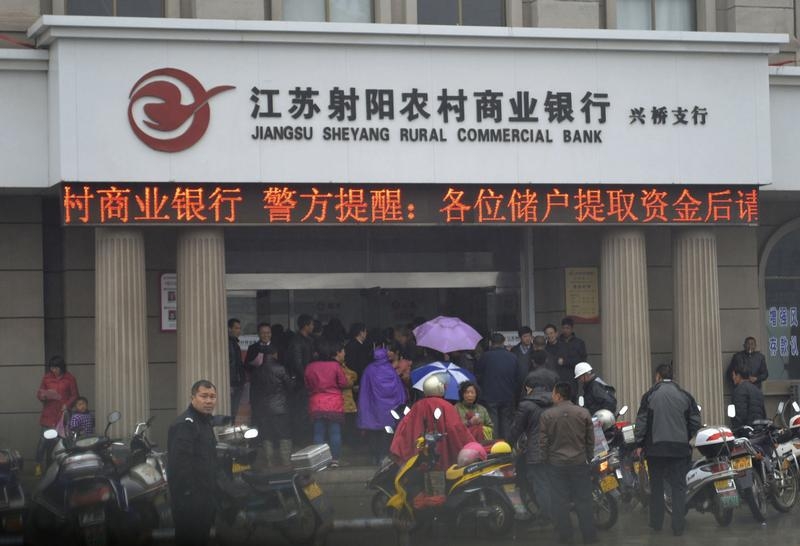 The government stands behind all deposits, which makes savers’ scramble to pull cash from a small rural lender all the more curious. Problems with unofficial shadow lenders may have knocked confidence. The solution is to draw a clear line between what’s protected and what’s not.

A bank in Yancheng, a city in Sheyang county in eastern China, suffered a three-day bank run after rumours spread that the lender had turned down a customer’s request to withdraw cash.

Officials responded by stacking piles of yuan behind teller windows in full sight of customers, while officials used leaflets, radio and television to try to calm nerves.

On March 27, police in Yancheng detained the person suspected of spreading a rumour that sparked the run, security officials said on the city’s official microblog.