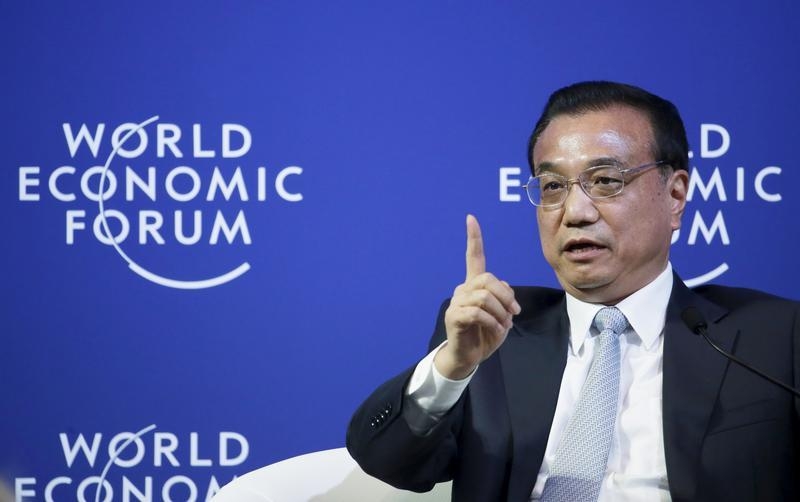 China's Premier Li Keqiang answers a question during a meeting with executives from foreign companies at the World Economic Forum (WEF) in China's port city Dalian September 9, 2015. Li said on Wednesday that the recent adjustment in the yuan was "very small" and that there is no basis for continued devaluation in the currency. REUTERS/Jason Lee

Chinese Prime Minister Li Keqiang on Sept. 10 sought to reassure international investors about China’s economic slowdown, which has been partly responsible for triggering a global sell-off in stock markets in recent weeks.

“On the whole, the fundamentals of the economy remain unchanged,” Li told the World Economic Forum in the northeastern city of Dalian. “China is not a source of risk for the world economy but a source of strength.”

Though he acknowledged that China’s economic transition would be a “painful and treacherous process” the government had “plenty of tools” at its disposal to deal with the slowdown. “The Chinese economy will not head for a hard landing,” Li said.

Li was speaking as data showed that Chinese manufacturers slashed prices at the fastest rate in six years in August as commodity prices fell and demand cooled.

Li also said China would never start a currency war and countries should instead boost economic co-operation as the global economy remains sluggish. He reiterated that China would keep the yuan “basically stable at a reasonable and balanced level”.