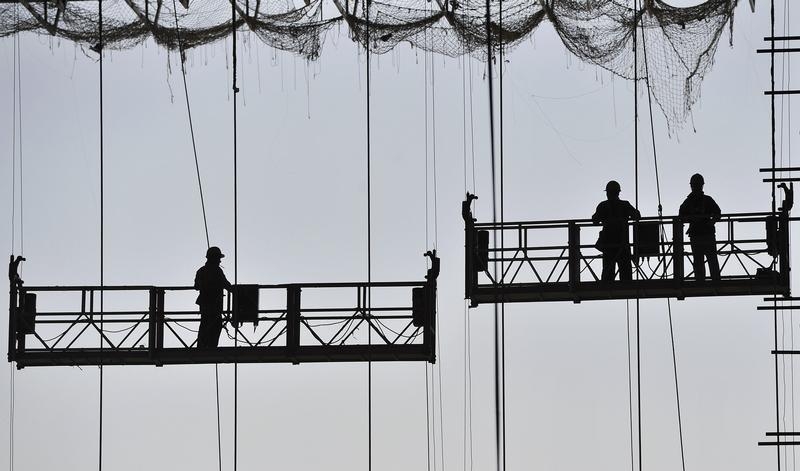 The 9.7 million urban jobs created this year are a worthier achievement than any GDP growth rate. But in modern China good jobs matter as much as new ones. That calls for repurposing millions more workers from industry into services, and tackling some grave social injustices.

Labourers work on lifts at a construction site of a new railway station in Hefei, Anhui province May 6, 2014.

China created 9.7 million urban jobs in the year to August, Premier Li Keqiang said in a speech on Sept. 10.

Household registration, known as “hukou” in Chinese, ties much access to welfare, public services and benefits to the place where an individual is registered, typically their place of birth.