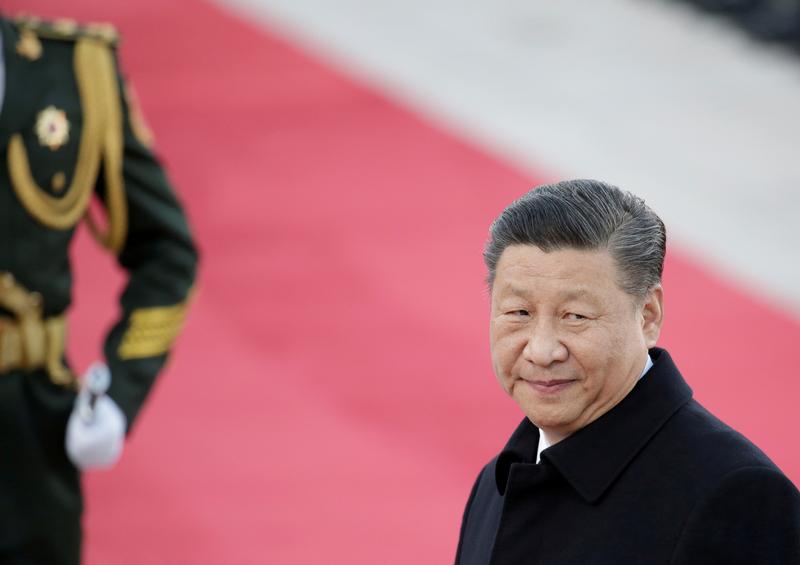 The 2021-2025 blueprint lacks a growth target despite a longer-term GDP per capita goal. That suggests Beijing is aiming for quality over quantity. An emphasis on military defence and technology self-sufficiency also speaks to anticipated geopolitical and corporate arms races.

Chinese President Xi Jinping attends a welcoming ceremony at the Great Hall of the People in Beijing, China, October 25, 2019.

China will make technology self-sufficiency the "strategic support" for national development, the country’s Central Committee said in an Oct. 29 communique outlining its 14th five-year blueprint for economic social development, following days of meetings behind closed doors. The committee, the largest of the ruling party’s elite decision-making groups, also included a chapter on military defence and national security, a new addition from the 2015 plan.

The communique did not provide a specific economic growth target for 2021 to 2025, but added that China aims to boost its gross domestic product per person to the level of moderately developed countries by 2035. The state planner said it will "put forward corresponding quantitative targets and specific indicators."

Beijing dropped its annual GDP growth target in 2020 for the first time since 2002 because of the uncertainty caused by Covid-19, but set targets for employment, inflation and the fiscal deficit.

The full details of the latest five-year plan are expected to be unveiled at the annual parliament meeting in early 2021.