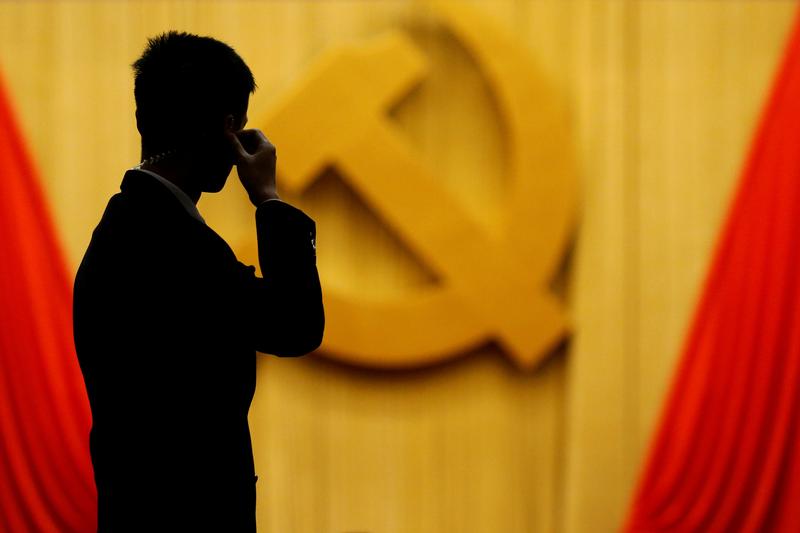 Output grew 6.8 pct in the third quarter, helped by higher debt, exports and property prices. For all the talk of innovation and deleveraging, the factors driving growth haven’t changed. Nor do a few startups signal transformation. For better or worse, Beijing is okay with that.

A security agent takes position at the Great Hall of the People during the opening session of the 19th National Congress of the Communist Party of China in Beijing, China October 18, 2017. REUTERS/Thomas Peter TPX IMAGES OF THE DAY - RC16610FC410

China's economy grew 6.8 percent on an annualized basis in the third quarter, and 1.7 percent quarter on quarter, official data showed on Oct. 19, in line with expectations but below the previous quarter's growth.

Property investment rose 8.1 percent from January through September, but sales by floor area fell in September on an annualized basis, the first such decline since March 2015.

On Sept. 30, the central bank announced it would cut bank reserve requirement ratios from 2018. The cuts would be granted to banks lending a certain portion of their book to small business and micro-enterprises.