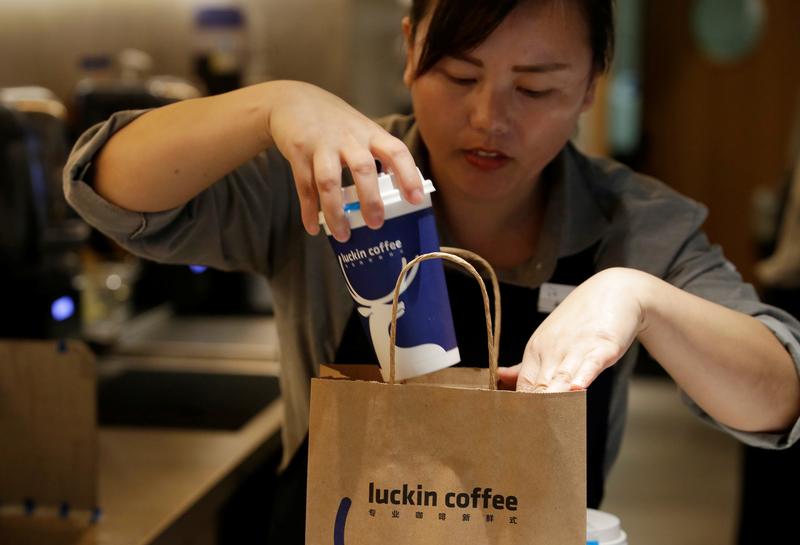 The chain is seeking to raise up to $590 mln as it races to overtake Starbucks. Luckin is growing fast, but burning cash to do so. Although its strategy diverges from that of its Seattle rival, on a comparative revenue-per-store basis the implied $4 bln valuation is high.

Beijing-based Luckin Coffee said on May 6 it plans to issue 30 million American depositary shares at between $15 and $17 each, to raise about $480 million in an initial public offering at the midpoint of the range. The price implies a valuation of about $3.7 billion.

The offering is being led by Credit Suisse, Morgan Stanley, CICC and Haitong International.