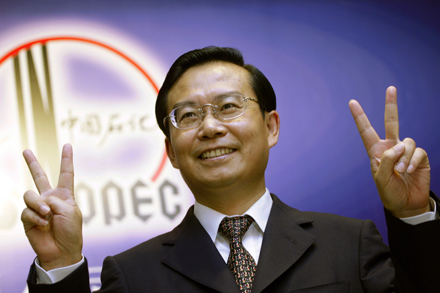 China’s M&A stars will align in 2012. If asset prices fall, and bank credit remains tight, the Year of the Dragon will give state-owned companies a chance to play to their two strengths: cheap financing and a mandate to acquire.

The value of deals involving Chinese buyers has tripled since 2006. The $49 billion haul in 2011 outbound deals nears the previous year’s record. Targets are often producers of materials China needs to grow, such as oil, iron and gas. On a smaller scale Chinese bidders have also rescued benighted firms such as the car-maker Volvo and the PC business of IBM.

Resources deals will continue apace. Sinopec’s $2.5 billion purchase of a stake in Devon Energy’s shale projects – on the same day rival PetroChina bought out minorities in a patch of Canadian oil sands – set the tone. Just days before, dam-builder Three Gorges paid a 53 percent premium for a 21 percent stake in EDP of Portugal, and threw in 20 years’ worth of low-cost credit from a state bank to boot. With so many developed world banks in trouble, offers of solid financing may be hard to refuse in 2012 – even from regimes with low transparency and poor human rights records.

Elsewhere, faded telecoms equipment makers like Nokia – whose shares fell 51 percent in 2011 – or Research In Motion could excite interest. A telecoms tie-up, say between cash-rich China Mobile and Spain’s Telefonica could also make sense, given Beijing’s penchant for Latin American connections. Further ahead, an acquisition of UK-based emerging market lender Standard Chartered by a Chinese megabank like ICBC remains a dream deal for M&A practitioners.

State-backed Chinese buyers’ low cost of capital gives them lots of ammo. Many state-owned enterprises don’t need to borrow from banks at all, after a 50 percent growth in earnings in 2010.

Yet it’s Chinese savers who ultimately foot the bill. China’s M&A engine relies on banks funneling cheap lines of credit to buyers and targets, leaving China’s depositors with below-inflation returns on their savings. State-enterprise profits are also still pumped up by low wages and an undervalued currency. The days of that arrangement are surely numbered, but for now it leaves China in the M&A box seat.

Cross-border mergers and acquisitions involving China totalled $85 billion in 2011, a 5.7 percent increase on the previous year and the highest volume since 2008, according to Thomson Reuters data.
Deals where the bidder was a Chinese company reached $49 billion, of which $24 billion was invested in the energy and power sectors.
Sinopec agreed to buy one-third of a stake in five shale oil fields owned by U.S. energy firm Devon Energy, the seller said on Jan. 3. The purchase price was $2.2 billion. The same day, PetroChina, another Chinese oil producer, agreed to buy out the minorities in a Canadian oil sands project from Athabasca Oil Sands for $674 million.
Among deals announced in 2011 were Sinopec’s $5.2 billion bid for a 30 percent stake in a Brazilian subsidiary of Portuguese gas producer Galp, and a purchase by Chinese dam-maker Three Gorges of a 21 percent stake in Energies de Portugal for 2.7 billion euros.