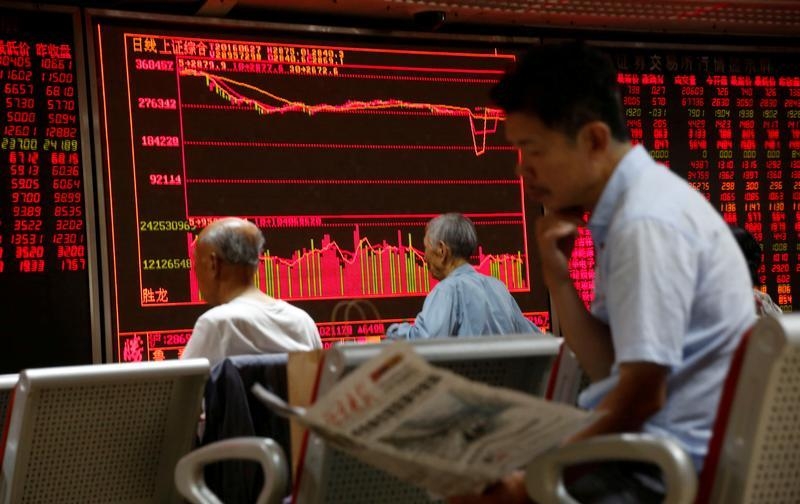 German politicians are the latest to get jittery about a Chinese takeover bid. In the absence of global foreign investment rules, countries can block deals they don’t like. China’s reluctance to open its markets means surging cross-border acquisitions will spark more resistance.

A man reads a newspaper in front of an electronic board at a brokerage house in Beijing, China, June 27, 2016. REUTERS/Kim Kyung-Hoon/File Photo - RTX2IYAT

A 4.5 billion euro ($5 billion) bid by Chinese consumer electronics group Midea for German robot-maker Kuka has sparked a row in Berlin and Brussels over whether the deal will deliver some of Germany's most crucial industrial technology into Chinese hands.

Midea is set secure a 52.8 percent controlling stake in Kuka after major shareholders Voith and Friedhelm Loh agreed to sell their holdings in Kuka to the Chinese group, Reuters reported on July 4.

German economy minister Sigmar Gabriel said on June 1 he was leading an effort to find an alternative European suitor for Kuka, which makes robots used by car companies like Audi and BMW and U.S. aircraft manufacturer Boeing.

European Digital Economy Commissioner Guenther Oettinger told the Frankfurter Allgemeine Zeitung that a European bid would be better. Both ABB and Siemens dismissed reports that they could come into the bidding process as a white knight, Reuters reported.

Chinese buyers have unfair advantages in cross-border deals because their domestic market is far more closed to foreign investors than western markets are to Chinese buyers, David Dollar, a former U.S. Treasury Department representative in China argued in a paper published by the Brookings Institute on May 18.

German Chancellor Angela Merkel said on a trip to Beijing on June 12 that Germany would need to "see more reciprocity" before opening the German banking sector to Chinese investors and called for a "level playing field" for foreign investors in China.