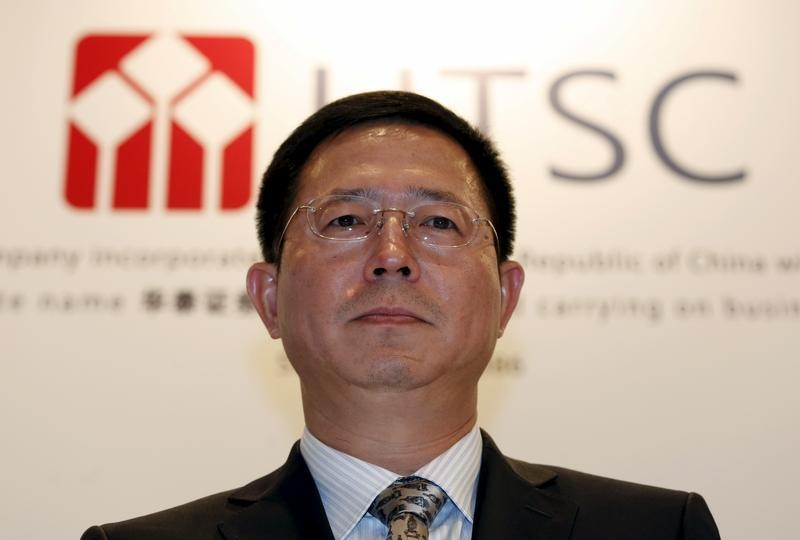 The main fuel for China’s stock market boom is running low. Borrowed money helped the Shanghai and Shenzhen stock exchanges double in value in six months. Despite frantic fundraising by brokerage houses, however, demand for leverage may be nearing its limits.

Chinese stockbrokers are the clear beneficiaries of the mainland stock-buying frenzy. Investors’ new-found love for margin trading – financing equity purchases by borrowing against the value of the underlying shares – adds extra spice. The balance of outstanding margin loans has almost doubled since the end of last year to reach 1.9 trillion yuan ($300 billion), according to Fitch.

Breakneck growth in this lucrative but capital-intensive business has sent securities firms scrambling to raise new funds. Hence outfits such as GF Securities, Galaxy Securities and Haitong have issued equity worth more than $10 billion this year. At Huatai Securities, the Nanjing-based broker currently completing a $4.5 billion Hong Kong fundraising, margin-related lending and trading accounted for 28 percent of revenue in the first quarter, up from just 8 percent in 2012.

However, there are several reasons the leverage boom may have a limited life. First, debt levels are already high. Margin balances are now equivalent to more than 3 percent of China’s total market capitalisation, according to Macquarie analysts. Exclude shares held by the Chinese government and other controlling investors, and the ratio rises to a staggering 8.9 percent.

Second, the number of investors eligible for margin trading is also finite. Huatai had about 212,000 margin accounts at the end of March, out of 6.8 million retail clients. But the broker estimates only another 163,500 accounts have the minimum balance of 500,000 yuan required to qualify for margin trading. Add in the ever-present threat of further regulatory restrictions, and the scope for expanding margin trading looks limited.

As China’s capital markets expand and open up, brokerage firms are well-placed to evolve into full-fledged investment banks. But revenue from underwriting bond issues or advising on takeovers is still relatively small. When the fuel of borrowed money runs out, securities houses will need to find more durable sources of income.

Wu Wanshan, chairman of Huatai Securities, poses during a news conference in Hong Kong, China May 18, 2015.

Huatai Securities priced its Hong Kong share offering at HK$24.80, the top end of the indicated range, the Chinese brokerage firm said on May 24.

The offering of 1.4 billion new shares will raise HK$34.7 billion ($4.48 billion), rising to HK$39.9 billion if underwriters exercise an option to expand the issue. The shares are due to begin trading on June 1.

The price represents a 40 percent discount to Huatai’s Shanghai-listed shares, which were trading at 33.75 yuan on May 27. The shares have more than doubled in value in the past six months, fuelled by China’s stock market boom and growing demand from investors for margin trading.

The Nanjing-based company, controlled by the Jiangsu provincial government, ranked first in brokerage trading volumes of stocks and funds in China in 2014, ahead of Citic Securities.

Huatai said that 60 percent of the listing proceeds would be used for clients’ investment and financing. Like other Chinese securities firms, it has seen an explosion in demand for margin financing, whereby investors finance share purchases by borrowing against the value of the equities.

At the end of March, 211,510 Huatai customers had opened margin financing and securities lending accounts, with a balance of 95.8 billion yuan, according to a Hong Kong Stock Exchange filing. The firm said it had about 163,500 additional clients who meet the regulatory requirements to engage in margin trading but had not yet done so.

Rival brokers Haitong and GF Securities said on May 27 that they had tightened margin requirements for securities financing.