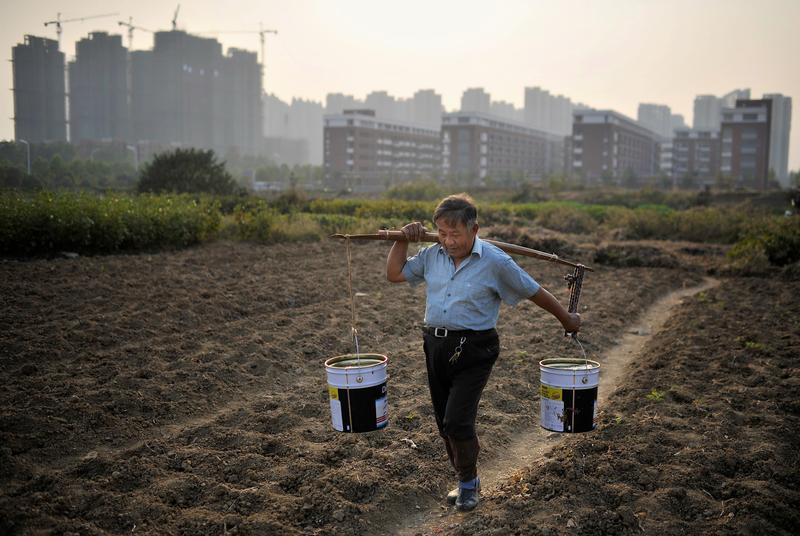 Fine-tuning and micro-management are close cousins. China’s central bank is tending toward the latter. The latest policy tweak will let some banks lend more to the rural sector, and fits a wider regulatory trend of selective easing. But it adds needless complexity, and takes China further from its stated goal of being more market-driven.

When growth is slowing and job creation is the top priority, adding more credit to the economy is a short-term fix. So from June 16, banks which lend mostly to the rural and small business sector will only need to keep 16 percent of their deposits with the People’s Bank of China rather than the current 16.5 percent. The result is that these rural specialists can lend more; no such goodies for the bigger banks prone to propping up foolhardy property developers.

The stimulus, though, is likely to be small. Size up the two-thirds of city-level banks and majority of small rural lenders which qualify, and the tweak could release just 50 billion yuan of extra funding power, according to Bank of America Merrill Lynch. That compares with 774 billion yuan of new loans made in April overall. Other regulatory restraints, like the cap on loans as a percentage of deposits, further dull the impact. Nor are small businesses and farmers obviously in dire need, even if they are most often shunned by big banks.

Why bother with such a trifle? One reason is that the PBOC has a dual role, supporting growth but also avoiding financial excesses. Sometimes those goals conflict, and this kind of fudge may be the result. The central bank may have more self-seeking motives too. Stratifying banks and pledging to step up scrutiny over where they lend adds more work, but also more influence – and suggests a subtle challenge to the China Banking Regulatory Commission, which oversees individual lenders.

The main effect, though, is to increase the sense that China’s gradual approach to reform is lapsing into control freakery. Wanting to promote growth while minimising unintended consequences is understandable. But if the goal is to end up with a market-driven economy and less red tape, ceaseless fine-tuning sets the wrong tone.

A man carries buckets of water at a vegetable field, near a new residential compound, in Hefei, Anhui province, November 13, 2013.

The People’s Bank of China said on June 9 it would lower the amount certain banks must keep in reserve to enable more lending to the rural economy, in new rules that take effect on June 16. The required reserves for small banks would fall from 16.5 percent of total deposits to 16 percent.

The changes affect banks which have more than 30 percent of their outstanding loans in the rural sector or to small and micro-sized borrowers, and which made more than half their new loans to these groups in 2013. The change will cover two-thirds of China’s city-level lenders, the central bank said.

The People’s Bank of China said it would step up scrutiny to encourage lending to the rural sector and small borrowers, but added that overall liquidity was “moderately plentiful”.

China’s GDP expanded by 7.4 percent in the first quarter of 2014, compared with the same time a year earlier, the slowest pace since 2012 and below the government’s official target for the full year of 7.5 percent.