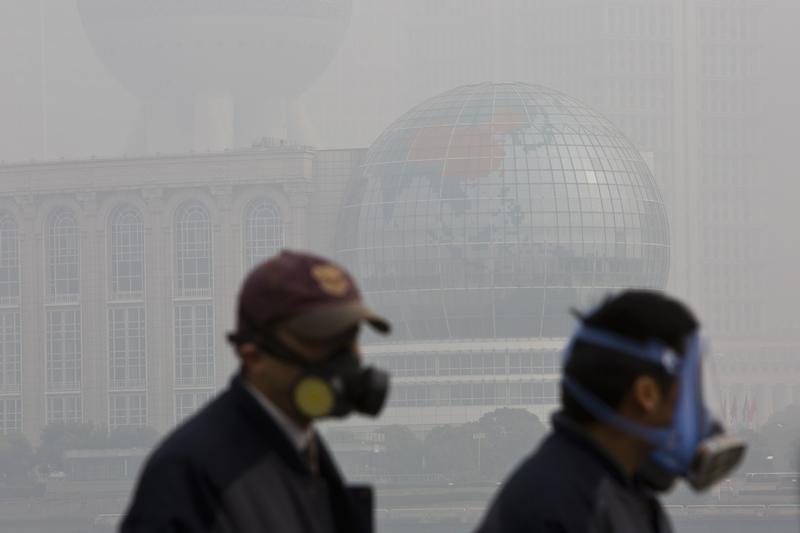 China is about to launch the world’s biggest carbon market, after sharply reducing its scope to a few core sectors. The scheme can help foster cleaner, leaner industry. But success is likely to be limited by dodgy data, distorted pricing, and Beijing’s distrust of market forces.

People wear masks while walking on the Bund in front of the financial district of Pudong, during a hazy day in downtown Shanghai December 26, 2013. China is struggling to meet its 2011-2015 targets to reduce pollution, cut greenhouse gas growth and introduce cleaner sources of energy, a report submitted to the country's parliament said on Wednesday. REUTERS/Aly Song (CHINA - Tags: POLITICS ENERGY ENVIRONMENT SOCIETY TPX IMAGES OF THE DAY) - RTX16U44

China is aiming to launch its national emissions trading scheme later this year. The market is likely to start with three sectors: power, aluminium and cement. With the possible addition of aviation as a fourth sector, this is half of the previous announced eight sectors. The remaining sectors are anticipated to be covered before 2020. The three sectors emit about 5 GtCO2 eq (billion tonnes CO2-equivalent) annually, or roughly 50 percent of China's total emissions, according to Thomson Reuters Point Carbon analysts.

Some 28 million carbon allowances were traded in China’s eight pilot exchanges in the second quarter of 2017. The volume is more than double the traded volume in the first quarter of the year, as trading activities increased ahead of July compliance deadlines.