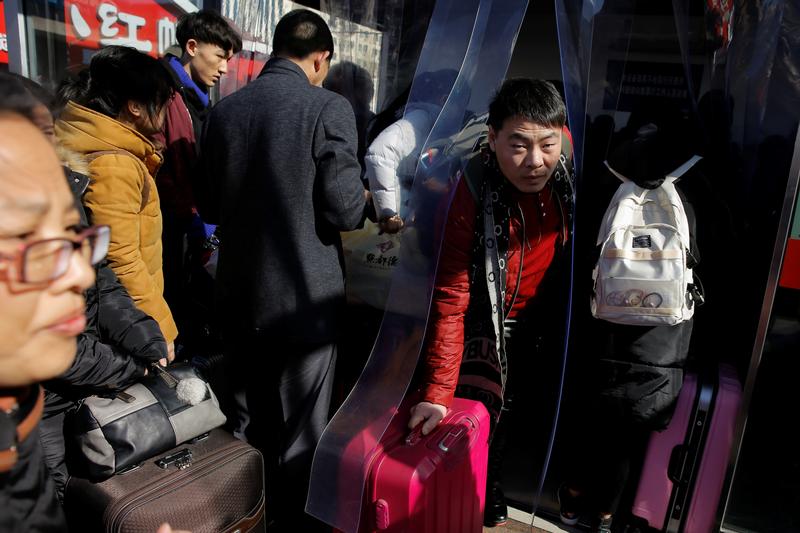 In the first regular monthly numbers using surveys, Beijing reported a 5.1 pct jobless rate. It’s far better than relying on claims of work-seekers. The question is whether officials will trust the gauge enough to scrap GDP growth targets – and if others trust it in a downturn.

People enter and leave a ticket office at the Beijing Railway Station during the annual Spring Festival travel rush ahead of the Chinese Lunar New Year in Beijing, China February 12, 2018. REUTERS/Thomas Peter - RC142187EFF0

China’s National Bureau of Statistics on April 17 reported an unemployment rate in urban areas of 5.1 percent at the end of March, compared to 5 percent for the first two months of the year.

The agency said it will now report the survey-based urban unemployment figure on a monthly basis. It had previously collected the figures privately, but released them only on an irregular basis. The traditional unemployment figures, based on administrative data rather than representative surveys, were released quarterly.

Premier Li Keqiang said in March that the government would aim to keep the survey-based urban jobless rate no higher than 5.5 percent.