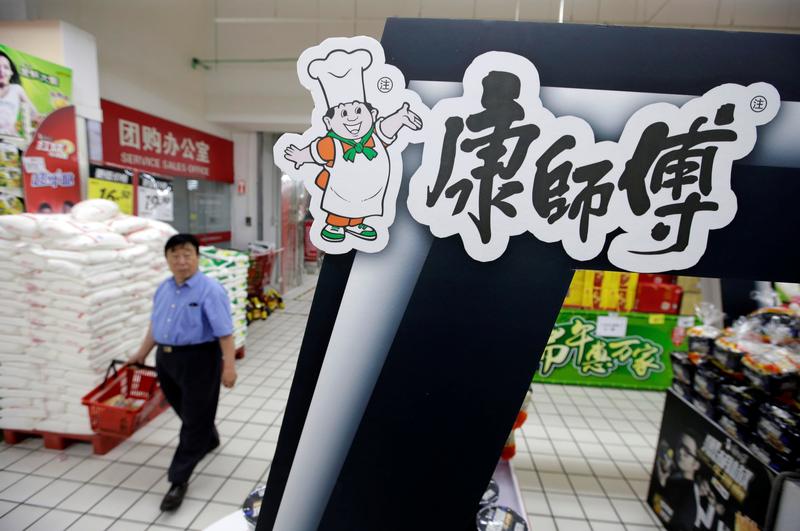 A profit rebound at Hong Kong-listed Tingyi is less than meets the eye. Rising ingredient costs are squeezing the firm, which works with Starbucks and Pepsi, and it relies too much on instant noodles and soft drinks. As China’s tastes get healthier, Tingyi needs to adapt faster.

The logo of Tingyi is pictured at a supermarket in Beijing, China, May 26, 2016. REUTERS/Jason Lee - RTSFYCU

Chinese instant noodle maker Tingyi, a partner of Starbucks and PepsiCo on the mainland, reported on May 22 its first quarterly profit rise in nearly three years.

Shares in Tingyi fell in the next trading session. By late-morning in Hong Kong on May 23, they stood 3.7 percent lower at HK$9.36 a share.