Get while the gettin's good 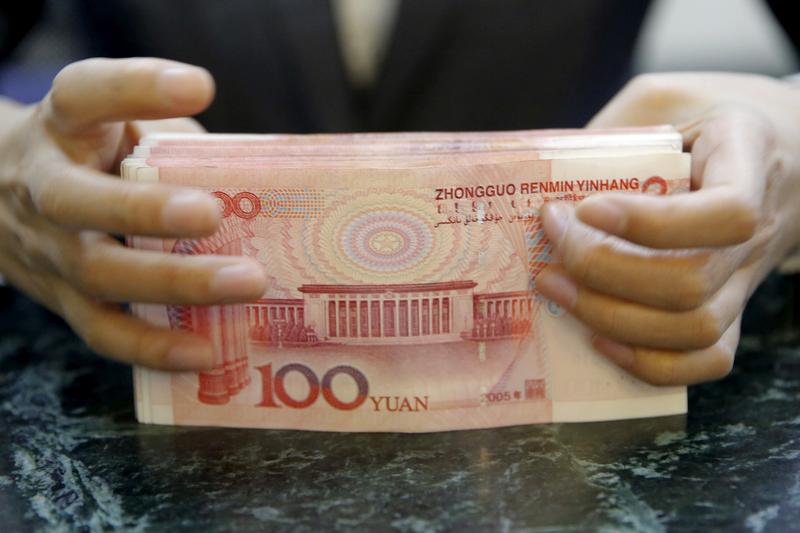 A clerk of ICBC bank counts Chinese one hundred Yuan Banknotes as she poses for camera during a photo opportunity at its branch in Beijing, China, April 13, 2016. REUTERS/Kim Kyung-Hoon

On March 17, Chinese conglomerate Fosun International sold $800 million of five-year bonds. Fosun said the bonds were more than four times oversubscribed. It intends to use the proceeds for refinancing.

Chinese firms issued $84 billion worth of dollar bonds in 2016, according to Thomson Reuters data, up from $70 billion in 2015.

These were the first dollar bonds sold by a Chinese issuer in Asia after the U.S. Federal Reserve raised interest rates a day earlier. U.S. bond markets rallied following the Fed announcement, which many analysts interpreted as signalling that the pace of rate hikes this year might be slower than feared.

Defaults by Chinese firms on offshore bonds are rare but not unheard of. A Goldman Sachs analysis shows eight such major defaults since 2014. The largest was a $1 billion default by property developer Kaisa Group in 2015.

The People's Bank of China has guided short-term rates upward this year to slow speculative credit growth. The benchmark 7-day repo is trading close to 3 percent, its highest level since 2015. The PBOC has drained a net 815 billion yuan from money markets so far in 2017, compared to an injection of 1.7 trillion the previous year.