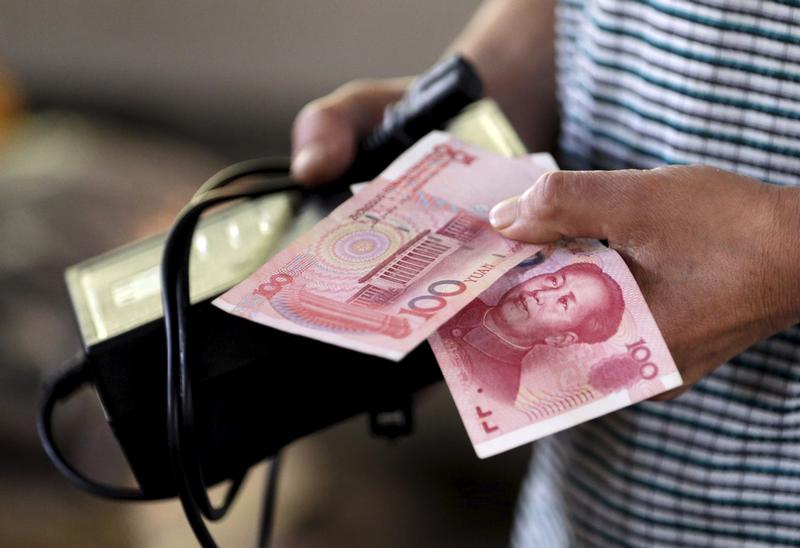 Officials are curbing dollar bond issuance as the yuan weakens. Regulation of the $775 bln market has always been haphazard. This move looks reactive and clumsy. It will put more downward pressure on a faltering currency, and could inadvertently encourage capital leakage.

A customer holds a 100 Yuan note at a market in Beijing, August 12, 2015. China shocked global markets on Tuesday by devaluing its currency after a run of poor economic data, a move it billed as a free-market reform but which some experts suspect could be the beginning of a longer-term slide in the exchange rate. REUTERS/Jason Lee - GF20000020391

China’s foreign exchange reserves rose in June to $3.112 trillion, according to central bank data released on July 9. Economists polled by Reuters had expected a modest drop to $3.1 trillion.

China’s National Development and Reform Commission, the state planner, warned property developers on June 27 that proceeds from their offshore foreign currency bonds should be used to repay their existing debt.

The NDRC has issued oral guidance to discourage Chinese companies from issuing U.S. dollar notes with tenors of less than a year, IFR reported, citing sources. Such short-dated debt allows firms to tap international credit without the requirement to register with the regulator.