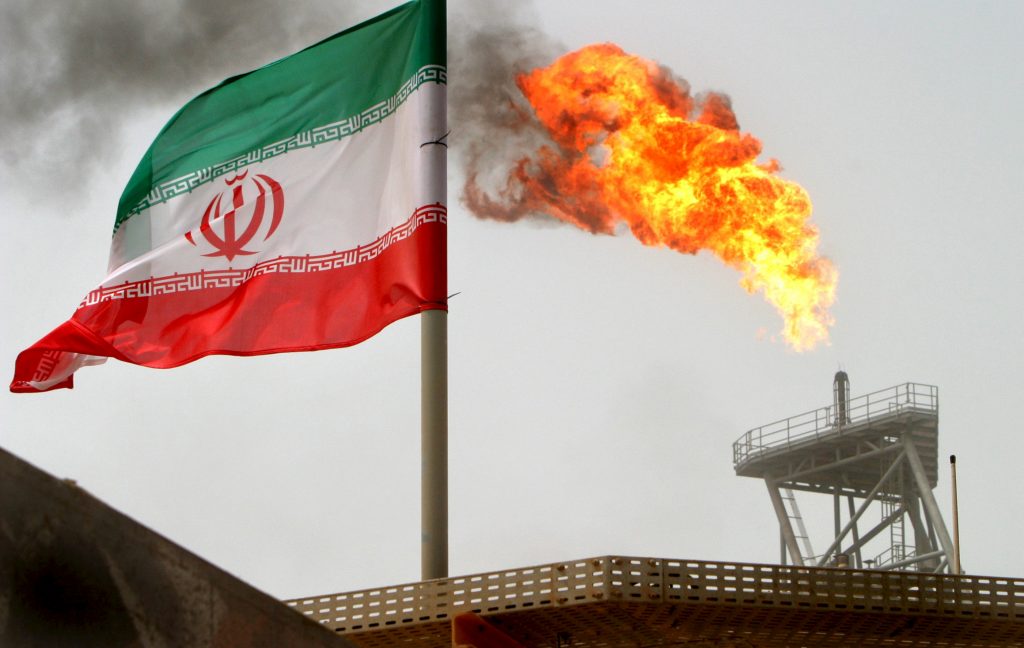 Beijing has resisted U.S. calls to cut crude imports once sanctions hit. But hopes that will be enough to offset a drop of as much as 1.6 mln barrels a day in Iranian exports look optimistic. Instead, it seems to be eyeing the old playbook of public bluster and quiet reductions.

A gas flare on an oil production platform in the Soroush oil fields is seen alongside an Iranian flag in the Gulf July 25, 2005. REUTERS/Raheb Homavandi

Chinese state-owned refiner Sinopec cut its loadings of crude oil from Iran in half for the month of September, Reuters reported on Sept. 28, citing sources. That comes after senior U.S. officials visited the group, and demanded cutbacks.

U.S. officials want to persuade countries to end all imports of Iranian oil when fresh sanctions kick in on Nov. 4, hoping to force Iran to negotiate a new nuclear agreement. China, the biggest customer for Tehran’s oil, has said it is opposed to any unilateral sanctions and has defended its commercial ties with Tehran.

U.S. sanctions were reimposed after the United States withdrew in May from a landmark 2015 nuclear agreement.