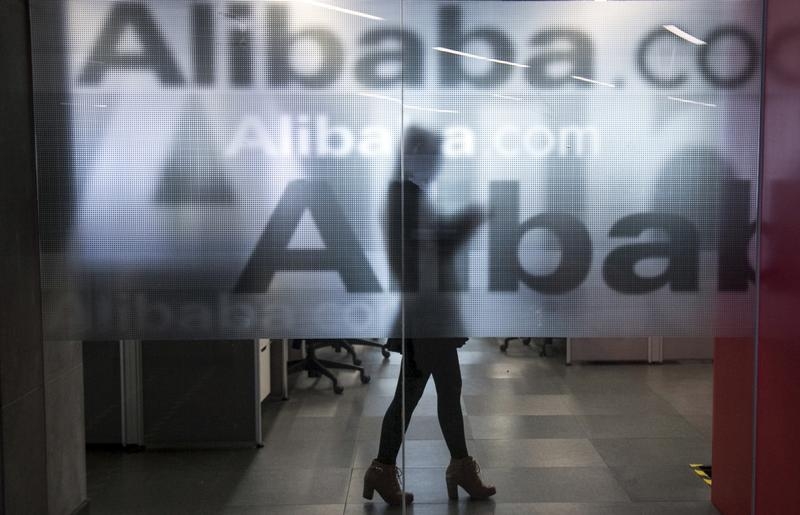 Alibaba sold $37 bln of goods via handsets in 2013. That suggests the market is 60 pct larger than estimated by go-to data provider iResearch. Tech metrics are always slippery. But if mobile commerce really quadrupled in 2013, prospects for internet players are due a rethink.

An employee is seen behind a glass wall with the logo of Alibaba at the company's headquarters on the outskirts of Hangzhou, Zhejiang province, April 23, 2014.

Alibaba, the e-commerce company, said in its initial public offering filing that 1.54 trillion yuan ($248 billion) of goods were sold on its Chinese retail sites in 2013.

The company also spelled out what percentage of transactions took place on mobile devices in each quarter. These suggest total “gross merchandise volume” conducted via mobiles was 232 billion yuan, according to a Breakingviews calculation.

The total online shopping market recorded transactions of 1.84 trillion yuan in 2013, according to data provider iResearch, whose numbers are cited in Alibaba’s filings. It estimated that 9.2 percent of that was on mobile, giving a total market size of 170 billion yuan.

Mobile commerce was 63.4 billion yuan in 2012, according to iResearch figures published in March 2014. The data is based on financial results published by internet companies, interviews with experts, and a proprietary statistical model, including panel-based studies of mobile and PC users.

At the time of publishing its estimates, iResearch did not have Alibaba’s mobile transaction data for 2013, according to two people familiar with the situation.