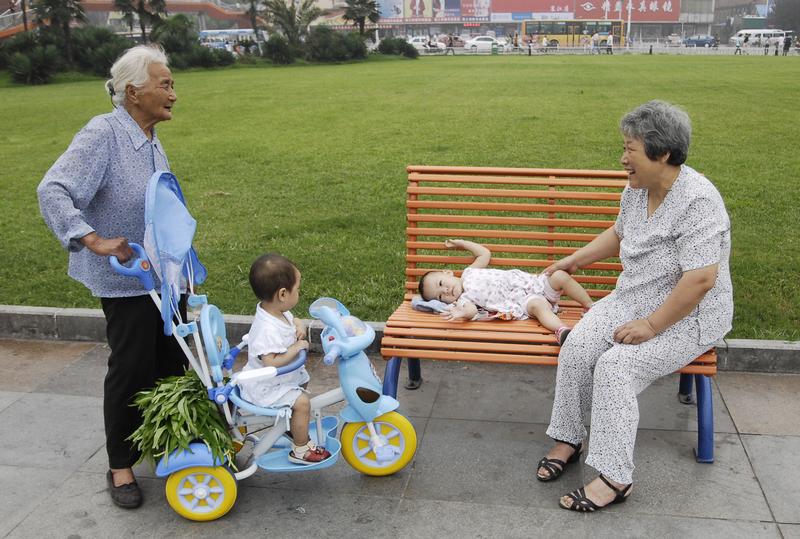 China is moving to invest $290 billion worth of public pension funds in financial markets including stocks. That won’t spark a rally, but will increase healthy institutional ownership. Given shortfalls, long-term returns from volatile Chinese stocks are preferable to deposits.

Grandmothers chat as they take care of their grandchildren on a street in Xiangfan, Hubei province July 11, 2008. The number of only children in China has surpassed 100 million since the introduction of the one-child policy in the late 1970s, accounting for about 8 percent of China's 1.3-billion population, China Daily reported. REUTERS/Stringer (CHINA). CHINA OUT. NO COMMERCIAL OR EDITORIAL SALES IN CHINA. - RTX7TVY

China has named four banks as custodians of its pension insurance fund, in a step towards investing up to $290 billion of pension funds into the country's financial markets, out of a reserve of $579 billion held at the end of 2015.

State-owned newspaper the Securities Daily said investment of the first tranche of $29 to $44 billion could be invested by early next year. It quoted an academic who expected a tenth of that to be invested in stocks while the rest would go to other asset classes.