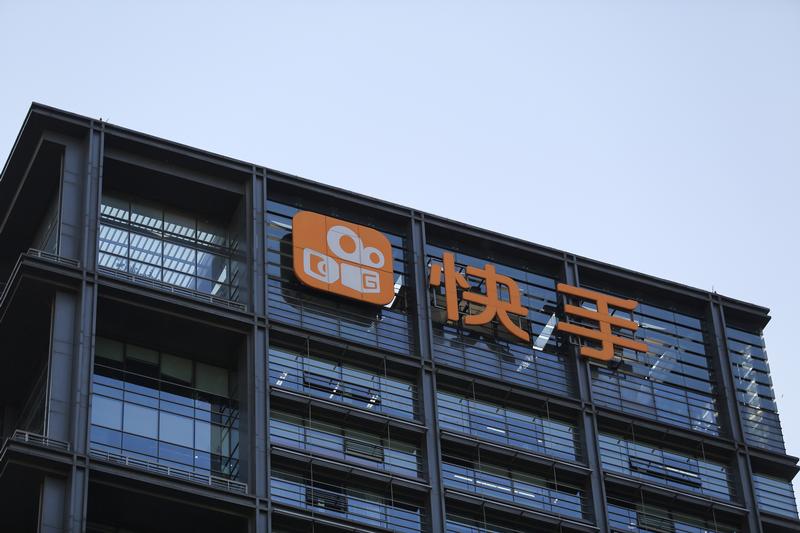 Kuaishou is closing in on an $18 bln valuation, just behind WeWork. The Tencent-backed startup caters to viewers who enjoy watching people stuff fireworks in their pants. Competition is fierce, and censorship intense. This fuse could burn quickly.

The logo of Chinese video-streaming startup Kuaishou is seen in Beijing, China May 10, 2017. Picture taken May 10, 2017. REUTERS/Stringer ATTENTION EDITORS - THIS IMAGE WAS PROVIDED BY A THIRD PARTY. CHINA OUT. - RC129EEDF900

China's Kuaishou, which operates a popular video-sharing platform of the same name, is close to raising $1 billion in a funding round that would value the company at about $18 billion, sources told Reuters on Jan. 25. Tech giant Tencent and venture capital firm Sequoia Capital China are among the investors.

The seven-year old company, whose name translates to "fast hand", could list as soon as this year, preferably in Hong Kong, the sources said.

Kuaishou is one of the fastest-growing apps in China in terms of user traffic. At the end of 2017, it had 204 million monthly active users, according to data tracker QuestMobile, up 80 percent from a year earlier.

The market for live-streaming videos is expected to reach 66.5 billion yuan ($10.5 billion) in sales by 2018, according to iResearch.