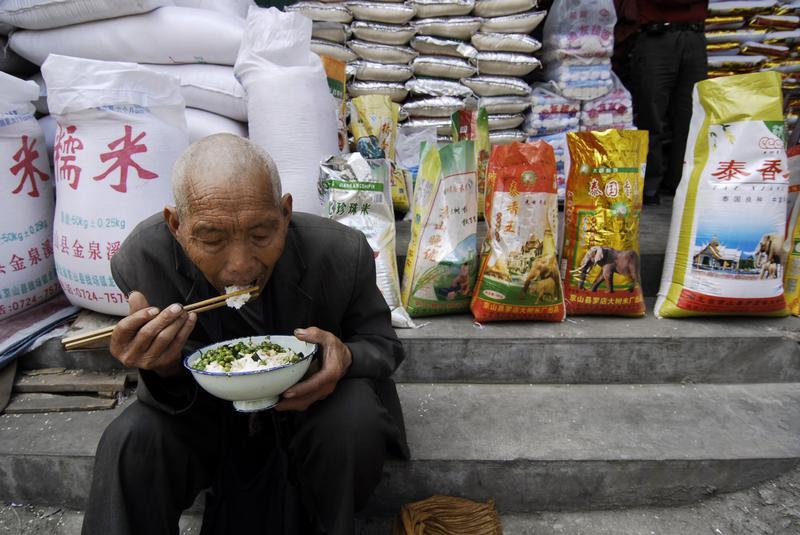 A man eats his lunch in front of a rice shop in Xiangfan, Hubei province April 23, 2008.

Singapore’s Noble Group said on March 4 that it was in talks with an unnamed consortium for a potential joint venture of its agriculture business.

Reuters earlier reported that China’s state-backed food group COFCO Corp was in talks to buy Noble’s agribusiness arm in a deal that would value the division at around $1 billion.

The unit had revenue of $15.5 billion in 2013, equivalent to 16 percent of Noble’s total. Noble had a market capitalization of $5.5 billion as the close of trading on March 5.

COFCO announced on Feb. 28 it had agreed to buy 51 percent of Dutch grain trader Nidera. The deal was valued at around $4 billion, including debt, according to a person familiar with the deal. COFCO’s equity investment was around $1.3 billion, the person added.

Nidera has platforms for procuring grain in Brazil, Argentina, and central Europe as well as a global trading platform.

“Investing in Nidera is in line with COFCO’s strategy to become a global player in the agricultural industry with a fully integrated value chain”, COFCO chairman Frank Ning said in a statement.