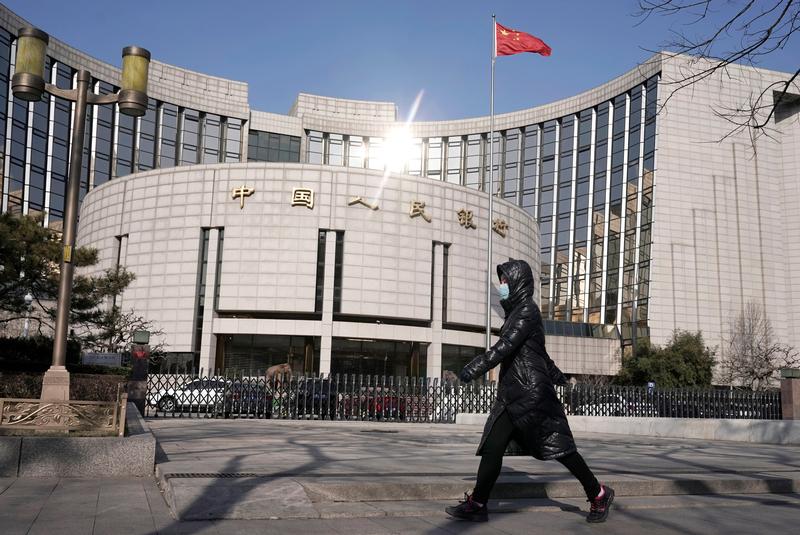 The central bank is holding lending benchmarks steady as global peers slash. Bad debts and capital flight risk make big fiscal and monetary moves more dangerous than in 2009. That pushes the burden for stimulus to the government. Either way, structural imbalances will get exacerbated.

A woman wearing a mask walks past the headquarters of the People's Bank of China, the central bank, in Beijing, China, as the country is hit by an outbreak of the new coronavirus, February 3, 2020. REUTERS/Jason Lee

On March 16 it left the cost of its medium-term lending facility, to which the LPR is loosely pegged, unchanged at 3.15%.

China is preparing to unleash as much as 2.8 trillion yuan ($394 billion) of stimulus via local government special infrastructure bonds, Reuters reported on March 19 citing sources. It may also lower its economic growth target for 2020 to as low as 5%.